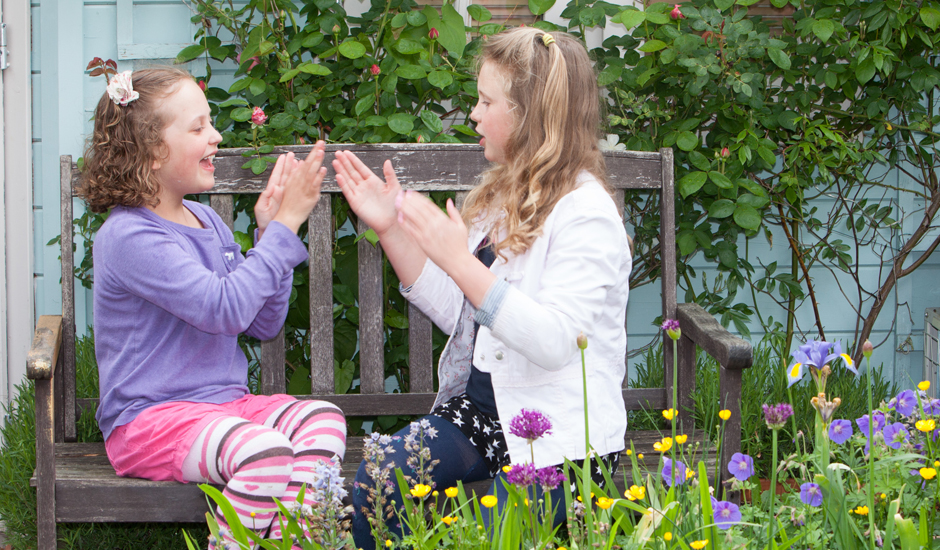 Petra Todd’s sister, Rowan, was diagnosed with a brain tumour five years ago. She has undergone years of treatment and her big sister, Petra, has been by her side all the way.

Petra is an eleven year dancer who loves having her family all together and like most eleven year olds, just wants a “normal” family. She wants to be able to go to the park with her sister or play hide and seek but can’t as Rowan is visually impaired, a side effect of the tumour.

“It makes me sad because we can’t do things like walk to the park,” says Petra.

In October of last year, Rowan got septicaemia and was in hospital for a few weeks. Will, Petra and Rowan’s dad, was in America promoting his music so Beth, the girls’ mum, had to be in the hospital with Rowan. It was Petra’s birthday and she and her brother were looked after by a number of friends and family members. “It was annoying not having the perfect birthday, having all my family together,” says Petra.

Petra worries about her sister and when she had sleep overs when her mum was in the hospital with Rowan and her dad was in America, Petra would get homesick.

“I still do now as I worry about her and wonder if she is OK.”

Petra’s mum and dad do all in their power to take care of her and her brother and this is where Janet, one of our Surrey Family Support Workers, has helped. Janet takes Beth and Rowan to hospital appointments which means that Petra’s dad can take her and her brother to school. Amanda, a volunteer carer, works with Janet and sits in the back of the car with Rowan and entertains her. Before Amanda started working with Janet, Petra would have to go along to the eight hour hospital appointments during school holidays to keep Rowan company while her mum drove or spoke to consultants when they were at the hospital.

With Janet’s help, Petra doesn’t have to go to the hospital with her sister any more. She can continue with her own life and all she likes to do.

“I just want to be normal like all the other kids,” she says.

Petra has been to a number of activities hosted by Surrey Carers which she has loved as all the children are in a similar situation so she feels “normal” with them. Rainbow Trust is acutely aware of the impact that a sick child has on his or her sibling and Family Support Workers do as much as they can to support siblings. Janet’s help allows the rest of the family to continue with their usual routines as much as possible and the Family Support Workers’ support is aimed at normalizing life for these families who find themselves in a “new normal.”

Rowan had her last treatment earlier this month, which means that she will be able to go back to her life pre-treatment, “Now she can go back to school every day which will be nice for her to see her friends,” says Petra, “..and now if I am sick, I’ll get some attention.”

As with most young people, they still want and need their time with their parents but they know that their sick sibling has to be the priority but for them, it’s still hard. Mums and dads are taking their sick sibling to the hospital or working to keep up with bills etc, they are doing their best. They are only too aware of the impact that the illness has on their family and with Rainbow Trust’ s help, they can limit or minimize the detrimental effect it can have on the siblings.

Beth and Will organised for Petra to have some counselling to help her through her difficulties with Rowan’s illness but she didn’t feel that the counsellor understood her so did not continue. Our Family Support Workers do understand and can help, they have seen so many siblings struggling and have found ways to help siblings cope and sibling support has become a big part of our service.

“I’d like to tell other siblings, don’t feel embarrassed about your sibling when you’re walking down the street. Rather think, look at my amazing sibling. Feeling embarrassed doesn’t get you anywhere. Rowan is amazing.”

While this extra-ordinary young girl watches the world go by wishing her family life was as ordinary as her friends, she would like to tell other siblings in her situation,

“Don’t hide away, don’t bottle it up, if you find it awkward talking, write a diary or talk to cuddly toys, tell somebody so you don’t feel constantly upset.” 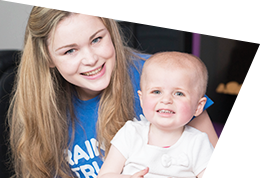