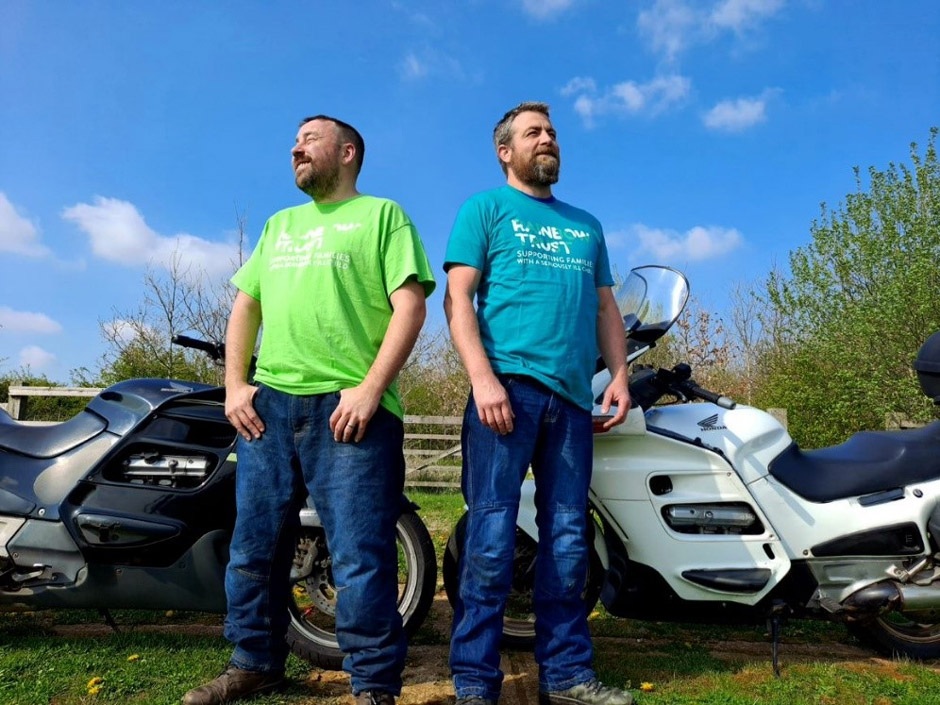 Biking fanatic, Alan Dowsett, creator of YouTube channel Helmet Head, is the mastermind behind The Great Charity Motorcycle Ride, which will see Alan and several other bikers riding the length and breadth of Britain in May, covering thousands of miles to raise vital funds for Rainbow Trust Children’s Charity.

Setting off from Market Harborough near Alan’s hometown on 18 May, Helmet Head and his fellow fundraisers will ride on motorbikes, each costing less than £1000, to reach the furthest northern, western, southern and eastern points of Britain in just six days.

Alan says; “The idea is to navigate Britain like a compass over the course of six days – heading to the most northerly point first, John O’Groats, followed by the westernmost spot of Ardnamurchan Point, then the Lizard in Cornwall which is Britain’s most southerly point and finally heading to Lowestoft on the far east before finally finishing in the city of Norwich on 26 May. We will be doing all this wearing an eye-catching array of superhero costumes, with our bikes also having a superhero theme to grab as much attention as possible.”

Alan and his fellow riders are keen for other bikers to join the Great Charity Motorcycle Ride, even if they are unable to commit to the full six days, other riders are more than welcome. Non riders are able to join the participants for a drink in a local pub at the end of each day or in keeping with the Helmet Head philosophy, to eat a pie!

Alan says; “This is going to be a fabulous fun event whilst also raising money for an incredibly good cause. As a father of six, Rainbow Trust stood out to me as a terrific charity that helps families with really ill children. I felt it was a cause Helmet Head followers could really get behind. Funds have had a recent boost thanks to a very generous £100 donation in exchange for me dying my beard pink. As a man of my word the pink dye is on its way and I’ll be sporting a pink beard for the duration of the trip. Other riders could be persuaded to do the same for further generous donations!

“I would also like to say a big thank you to the Chapter One diner in Newquay, Cornwall who have arranged a meet and greet with us and their diners when we reach them at 8am on day six, Monday 23 May, before the final leg of the journey. The famous seaside biker café has also agreed to donate a percentage of its proceeds from hot drinks sales during our journey to Rainbow Trust.”

Alan has set up a fundraising page on Just Giving, and posts regular updates on Helmet Head's YouTube Channel and Facebook page.