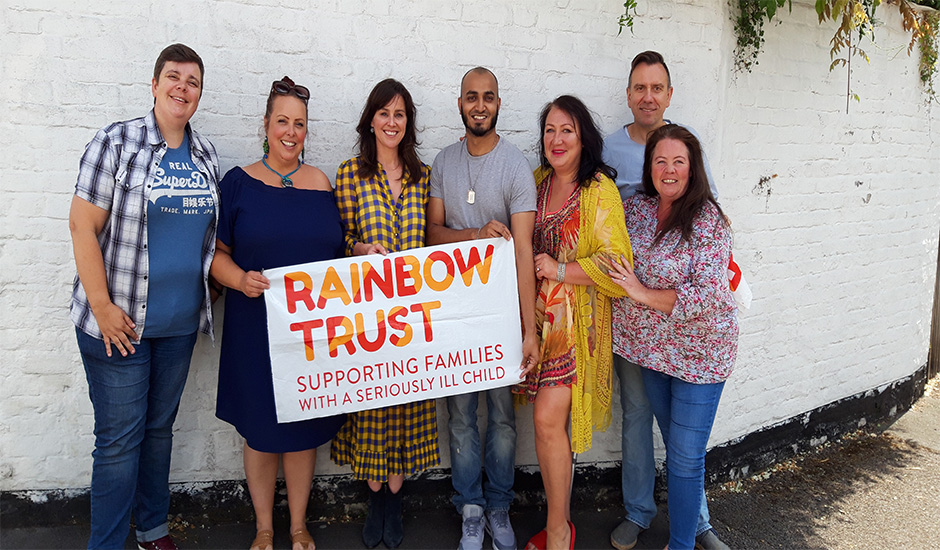 British actress Jill Halfpenny has been announced as an Ambassador for Rainbow Trust Children’s Charity, which supports families with a seriously ill child.

Jill, who has just appeared in the new four-part drama series Dark Money on BBC One, has been a regular on our screens since 1989 when she starred in Byker Grove. Since then we have seen her in dramas such as BAFTA award winning Three Girls, Humans and Year of the Rabbit. Other credits include the recent Liar, Babylon, In The Club and Waterloo Road.

The talented actor has also enjoyed success with West End productions such as Abigail’s Party, and her Olivier award winning role in Legally Blonde. She also played Roxy in the musical Chicago after being crowned the winner of Strictly Come Dancing in 2004.

Jill has now chosen to put her support behind Rainbow Trust which enables families who have a child with a life threatening illness to make the most of their time together. Rainbow Trust pairs each family with an expert Family Support Worker who helps them at home, in hospital and in the community, for as long as it is needed. Jill said:

“I am really looking forward to becoming an Ambassador for such a worthwhile charity. I know through my own personal experiences what a difference practical and emotional support can make when families are coping with immense pressure and stress. I hope through my new role I will raise awareness of Rainbow Trust to help families caring for a really ill child, and hopefully make their lives just a little bit easier.”

“We are delighted that Jill Halfpenny has agreed to become an Ambassador for Rainbow Trust. She is a much-loved British actor which will help us enormously to raise awareness and ultimately funds to support families with a seriously ill child and help them to make the most of their precious time together when it matters most.”