Why I became a Fundraising Ambassador

Why I became a Fundraising Ambassador 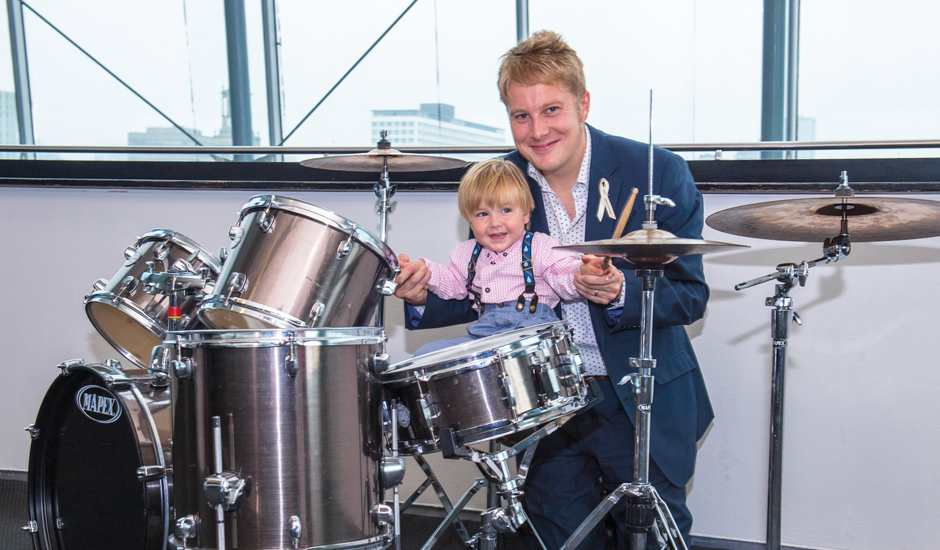 When Michael’s godson, Dominic, was diagnosed with cancer in 2013, he experience first hand how Rainbow Trust supported his godson’s whole family.

Since then, Michael has hosted fundraising events and given talks about Rainbow Trust to groups, from Rotary Clubs and schools. Here, he shares why he decided to become a Fundraising Ambassador.

When did you first start volunteering for Rainbow Trust?

My godson, aged 18 months, was diagnosed (in Newcastle’s Royal Victoria Infirmary) with a very rare and life-threatening form of neuroblastoma in December 2013, with treatment and support from Rainbow Trust throughout 2014 - and beyond. I organised, hosted and played music with my band at an all-star fundraising gala concert to 500 guests at Sage Gateshead in September 2014, with over £6k raised for Rainbow Trust and the North East Children’s Cancer Research (NECCR) fund.

Why did you choose to support Rainbow Trust?

My own daughter was diagnosed with a very rare genetic condition when she was just a few weeks old and I saw first hand how Rainbow Trust supported families alongside us in the wards. 8 or 9 years later to see the incredible support again ginven to The Halliwell family, whose older son Zach is best school pals with our son Luke, was very humbling and I was moved to do what I could to help.

What duties do you carry out as a Rainbow Trust volunteer?

I have hosted a number of large fundraising events, not just the fundraising concert mentioned above, but also as MC of a show from the Eve Trew School of Dance at Newcastle’s magnificent Theatre Royal - a dance school which is owned and run by Dominic’s mum Natalie, and grandparents Eve and John.

I have put forward Rainbow Trust as the recipient of funds for family and community events, including at my children’s schools, and my parents’ church in County Durham. As a recently appointed ambassador, I have also attended and spoken at events, from Rotary Clubs to secondary schools, to explain and endorse the incredible work, inviting fundraising support or acknowledging great fundraising work already undertaken.

What do you enjoy most about the role?

It’s great to energise others to be doing what they can to help our work, and an absolute privilege to offer words of heartfelt gratitude - on behalf of Rainbow Trust and all the families it supports -and when receiving donations and cheques to pass on to the head office team.

Do you have one volunteering memory that stands out and why?

The fundraising concert I held in September 2014 was a very ambitious plan but I was delighted to secure some high-profile professional acts, to sell-out tickets, and to maximise PR & sponsorship opportunities to make sure we reached as big an audience as possible to tell them about Dominic’s fight against his cancer and to highlight Rainbow Trust’s incredible work - in my own region and beyond.

What would you say to someone thinking about volunteering for us?

There are many excellent charities, equally deserving of people’s generous support, but Rainbow Trust is unique in the support it gives to families living with a child with a life-threatening or life-limiting condition. Our work is unheralded and rarely qualifies for support from the public purse, but our Family Support Workers are the quiet angels giving family hope and support, and keeping them together at a time of need. We need more angels…

Thanks to all our volunteers who, like Michael, work tirelessly to raise vital funds. If you would like to volunteer for Rainbow Trust, take a look at our current opportunities and find the role to suit you.