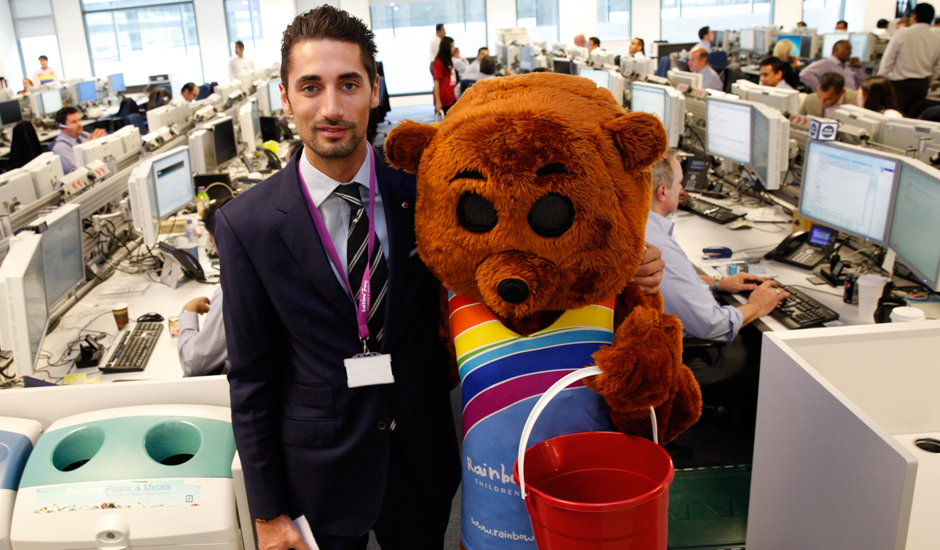 We are pleased to announced that Made in Chelsea star and founder of Taylor Morris eyewear, Hugo Taylor, has officially become an ambassador for Rainbow Trust.

Famed for his appearances on Made in Chelsea and I’m a Celebrity… Get Me Out of Here!, Hugo has been a long standing supporter of Rainbow Trust and has been involved in a number of fundraising activities including most recently completing the Virgin Money London Marathon, raising vital funds to help us support more families with children who are seriously ill.

Hugo attended our 25th Anniversary Ball where “A Dinner with Made in Chelsea Stars” was auctioned off and he won £5,000 on Who Wants To Be A Millionaire? in aid of Rainbow Trust.

Hugo’s role as an ambassador will involve him representing the charity, meeting donors and families and helping promote our work with families.

Hugo says: “I am very pleased have been invited to represent such a worthwhile organisation. Rainbow Trust makes a huge difference to families who have a child suffering from a serious illness and becoming an Ambassador means I will get to work even closer with their great team to help support a vital cause.”

Rainbow Trust CEO, Heather Wood, added: “We are very excited and honoured that Hugo will be joining Rainbow Trust as an ambassador. We are grateful for all the work he has done so far to help raise awareness and money for the families we support.”