Why I find volunteering for Rainbow Trust so rewarding

Why I find volunteering for Rainbow Trust so rewarding 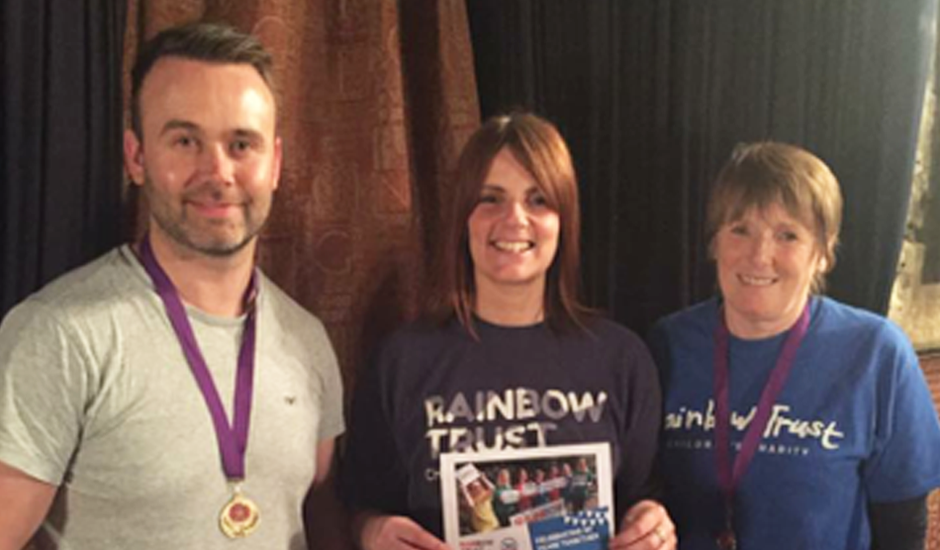 Stephen, from Newcastle upon Tyne, began volunteering as a Family Support Volunteer in April 2015 and joined our North East Team providing support to the children and families on the children’s oncology unit at the Royal Victoria Infirmary in Newcastle. Below he shares his story and why he finds volunteering for Rainbow Trust Children’s Charity so rewarding.

I heard about Rainbow Trust from a work colleague who also volunteered with the charity. I was not aware that such roles existed, but thought it was such a worthwhile cause, that I applied to become a volunteer myself.

My thoughts behind choosing a children’s charity rather than working with adults was due to what I felt was a loss of innocence and a normal childhood and having to deal with such life changing and restricting illnesses. I felt that if I could play a small part in distracting a child from the pain and restrictions imposed on them whilst receiving treatment then this was certainly worth my time.

I enjoy building a rapport with the children and families. I like that they see me, not as a medical practitioner, but someone with whom they can laugh, smile and have fun. I have come to appreciate the stress on the parents and how having someone to give a little emotional support or time for them to do things they may not normally have felt able to do, due to not wanting to leave their child.

My most distinctive memory is from early on in my volunteering when a very poorly boy had a successful operation and left the confines of the hospital ward. He did return to hospital for a small procedure and when I saw him he looked great! His hair had grown back, he had energy and when he first saw me walking towards him he shouted my name. This gave me immense satisfaction.

I would say to people who are considering volunteering for Rainbow Trust to go do it. You will be welcomed as part of the team and included in training. You will feel really appreciated, as I did after being awarded a medal and card during an afternoon tea as a thank you.

The true rewards come from a sense of doing good and being welcomed by the children and their families. Volunteering within the children’s oncology department puts life into perspective, it makes you appreciate your own children’s health and allows you to think of others.

Inspired to get involved? If you would like to volunteer for Rainbow Trust, take a look at our current opportunities or get in touch with Andrea, Volunteer Development Manager.