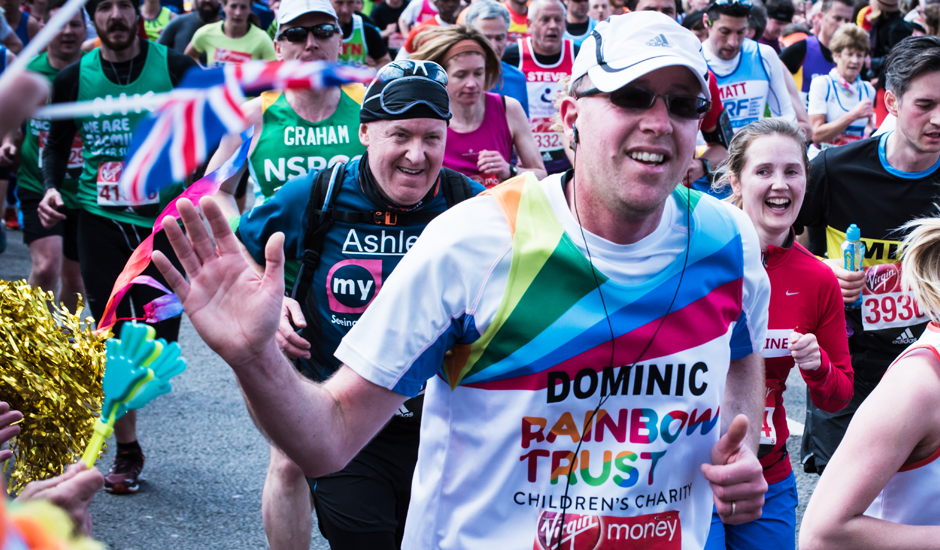 A 45-year-old golf coach from Fetcham, is taking on six marathons in 2016, hoping to raise £10,000 for Rainbow Trust Children’s Charity, supporting families caring for a child with a life threatening or terminal illness.

“A good friend of mine suffered a loss of a child due to a terminal illness and I would like to help any family that faces that situation. I’ve been enjoying the full support of Rainbow Trust from the moment I decided the charity would benefit from my challenge. I would definitely recommend supporting Rainbow Trust as its efforts are tireless in providing help to families who are affected by a child’s illness.”

Dominic has already completed half of his impressive challenge for Rainbow Trust. The Professional Golfers’ Association (PGA) professional finished the Paris and London Marathons in April and the Edinburgh Marathon on 29 May. In September he will take on the Berlin Marathon and he will venture to Bournemouth and Dublin in October.

Dominic said of his intensive training:

“I started training in November 2015 and by the middle of March I had completed 550 miles, which set me up for the first three. I took June off to recuperate and will resume with a 10 week summer intensive programme to prepare me for the remaining three marathons.”

“Running a marathon is the ultimate challenge and requires months of dedication and perseverance. We are inspired by Dominic dedicating so much effort and time to help us raise vital funds and it’s down to the generosity of our supporters, like Dominic, that we are able to support over 2,000 families in need.”

To date, Dominic has raised an incredible £2,465 for Rainbow Trust. To sponsor his six marathon challenge, visit his Virgin Money Giving page online.