Supporters get on their bikes to raise money for Rainbow trust

Supporters get on their bikes to raise money for Rainbow trust 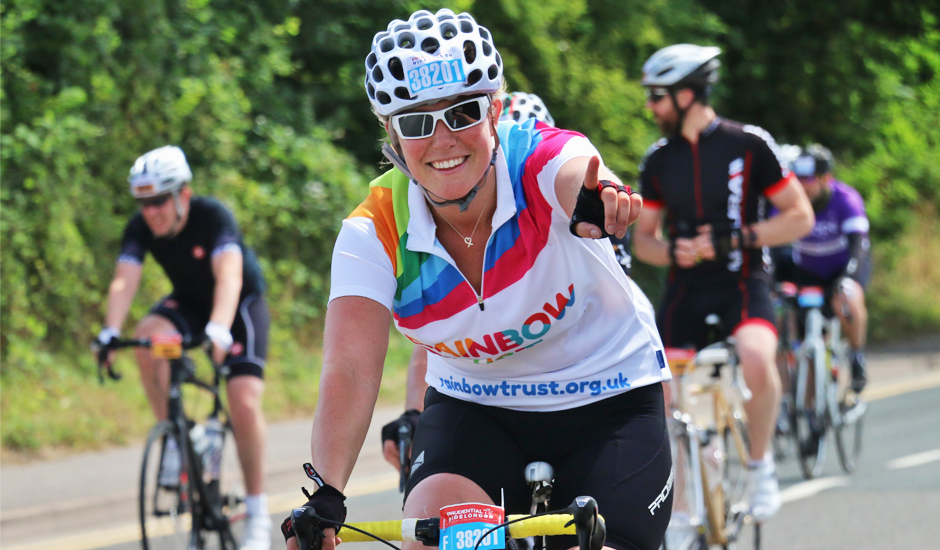 Sunday 2 August was the last spin on the wheel for Rainbow Trust’s cyclists who took part in RideLondon-Surrey100. Rainbow Trust’s biggest ever team of 91 cyclists endured the 100 mile race, so far raising a whopping £45,000!

The cyclists began the gruelling challenge in the Queen Elizabeth Olympic Park, winding through Surrey’s hills and then headed back to the capital. The riders joined professional athletes to keep the 2012 Olympic legacy alive and raise money for families caring for children with a life threatening or terminal illnesses.

The day was a huge success for both cyclists and spectators, with some of London’s most iconic landmarks in view and the Rainbow Trust team there to cheer on the riders. In the crucial run up to the event Rainbow Trust had held training days meaning that the day went as smoothly as possible for the daring participants.

“The opportunity to ride through London on closed roads is fantastic but in particular I loved the sweep through Trafalgar Square as Nelson is my boyhood hero! Crossing the finish line is always a blur with lots of cheering but after over four hours in the saddle, I just focused on the clock above the finish line and once you cross that line, you get a real sense of achievement.”

Emma Haines, Director of Marketing and Fundraising, said: “It’s really great to see supporters participating in events like RideLondon to raise money for Rainbow Trust. We want to thank them and all the people who attended and donated. The money will really help families with a seriously ill child receive the vital support we provide.”