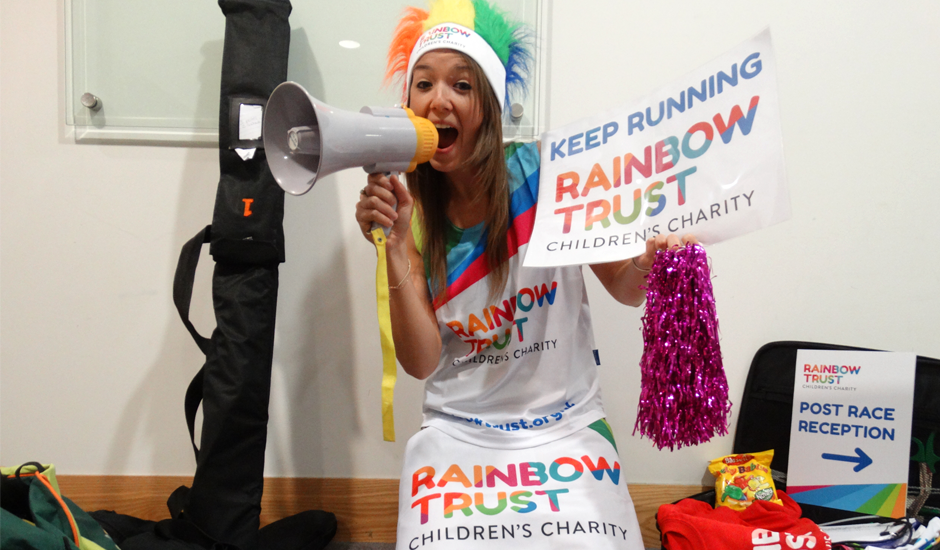 Rainbow Trust has been shortlisted for Runners’ Favourite Charity at The Running Awards 2016, and is calling on supporters to help win the coveted title!

The Running Awards, the “Oscars of the running world”, is an independent annual awards ceremony celebrating the best of running and its culture, with runners and consumers nominating and voting for their favourite products, brands, publications, sports retailers, charities and events. There are just 2 weeks left to vote for us!

On our 30th anniversary year, Rainbow Trust has been shortlisted along with 11 other charities for the Runners’ Favourite Charity Award. Nominated due to the personable, thorough and enthusiastic support it provided to all runners taking part in a wide range of sporting events throughout the year.

Previous Rainbow Trust runners have given feedback on the support they received, including one participant hailing Rainbow Trust as “the most friendly and supportive charity I’ve ever had the privilege of raising money for” and another saying that the charity “seemed to think of everything that a runner might need, from delicious brownies to relaxing massages which all added up to make the day so special.”

Emma Haines, Director of Marketing and Fundraising at Rainbow Trust said: “We are very excited to have been shortlisted for this award in our 30th anniversary year. Our Sports and Challenges team works incredibly hard throughout the year to ensure that all of our runners are well supported and enjoy a memorable experience. We are delighted that our efforts have been recognised and to win the award would be a wonderful endorsement for Rainbow Trust from the running public.”

To vote for Rainbow Trust visit The Running Awards and vote in the Runners’ Favourite Charity category. Voting is open until the awards ceremony on 22 April.

To run for Team Rainbow Trust and show support for families with a seriously ill child, get in touch with the Sports and Challenges team on 01372 220031 or [email protected]