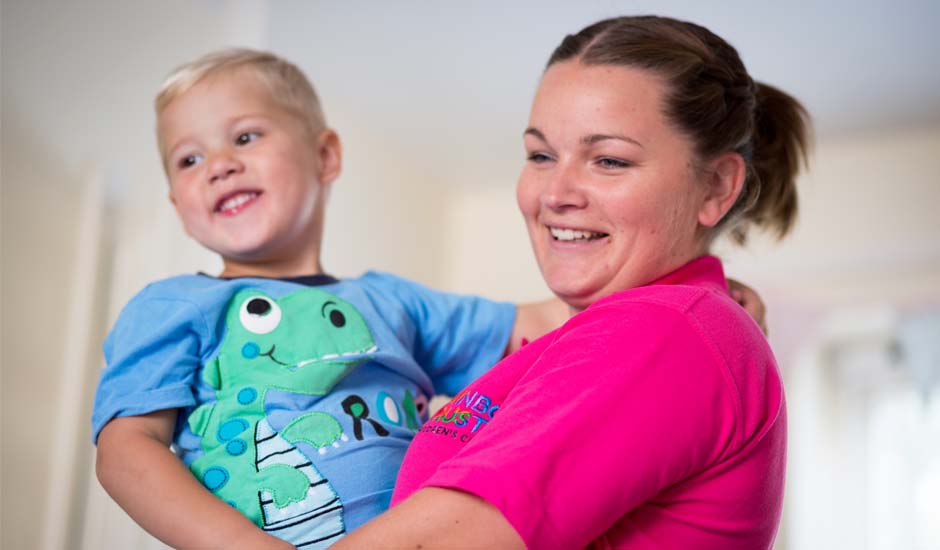 Following a parliamentary debate on children’s palliative care on Monday 1 July, Rainbow Trust welcomes a new government pledge to increase the annual Children’s Hospice Grant to £25 million by 2024 from its current level of £12 million.

But this increased grant will not be open to community children’s palliative care services, such as that provided by Rainbow Trust. Instead, Care Minister Caroline Dinenage announced that NHS England will undertake “a needs assessment” to understand “whether additional investment is required where palliative care is provided by means other than hospices.”

Rainbow Trust’s CEO, Zillah Bingley, responded urging the Care Minister and NHS England to act on this as soon as possible:

“Last night’s funding announcement will have been met with a huge sigh of relief from hard pressed hospices, coming as it did on the day that yet another children’s hospice announced cuts to its services because of funding pressures.

“However services such as Rainbow Trust will not benefit from the increased grant and we currently receive no funding from any Clinical Commissioning Groups (CCGs) or from central government.

“It’s now vital that both Government and NHS England quickly address the gap in funding for emotional and practical support and short breaks for families with a seriously ill child, in the home and in the community. We look forward to sharing our experiences with NHS England in the review of needs that has been announced.’’

Rainbow Trust was grateful to hear the Co-Chair of the All Party Parliamentary Group (APPG) for Children Who Need Palliative Care, and Newcastle Upon Tyne North MP, Catherine McKinnell, refer to Rainbow Trust as “a hugely important service”, showing the importance of children’s palliative care support provided outside a hospice setting.

Catherine McKinnell went on to note that, “CCGs and local authorities are too often not commissioning it [Rainbow Trust], and one can only assume that that is due to funding restraints”. She proposed that “local authorities and CCGs should be incentivised and supported to fund and make such services available”.

During the debate there were several references to the needs of siblings, and Dr Caroline Johnson MP, Co Chair of the APPG, and responsible for securing the debate, set out the case for “an army of help for families” which would guarantee all families short breaks and the opportunity to access support in the home so that families can live a more normal life.

The discussion followed hot on the heels of Children’s Hospice Week and research from Together for Short Lives which highlighted the financial pressures facing the children’s palliative care sector. The full debate can be read here.