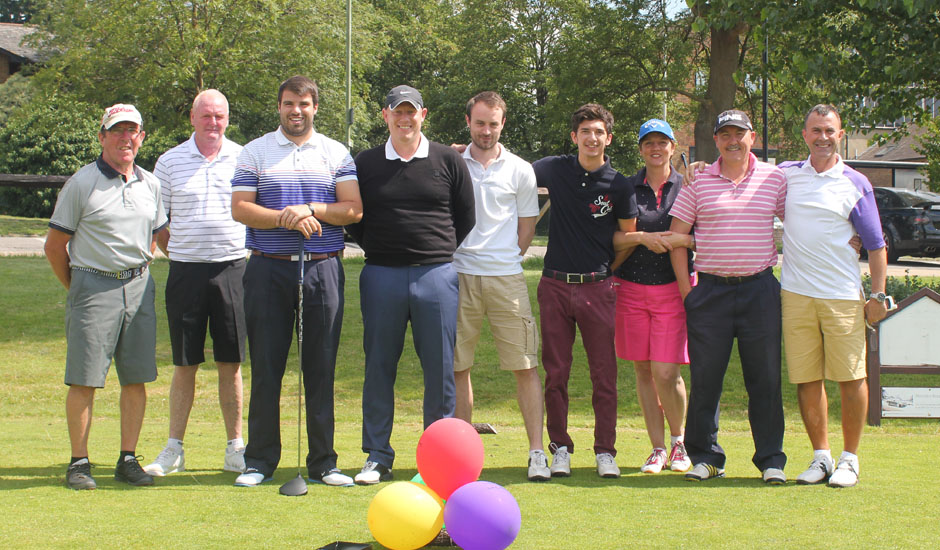 Matt Cousens, from Bushey Country Club held a charity golf day in order to raise money for Rainbow Trust Children’s Charity, which supports families caring for a child with a life threatening or terminal illness. The fundraiser, which took place on 31 July featured 18 holes of golf followed by a dinner and disco.

With support from members and local supporters they raised over £1,400 for Rainbow Trust.

“Bushey Country Club is delighted to have held a spectacular fundraising event for Rainbow Trust. It’s such a great opportunity for people to have some fun while raising awareness for such a worthy cause.” Matt Cousens

“It’s really great to see local golf clubs such as Bushey Country Club host events like this. We want to thank them and all the people who attended and donated to Rainbow Trust. We have a care team in West London that supports local families across the region so this money will really help these families with a seriously ill child receive the vital support we provide”.

Emma Haines, Director of Marketing and Fundraising at Rainbow Trust

Rainbow Trust is a national charity which offers emotional and practical support for the whole family; from their child’s diagnosis, during treatment and, if needed, through bereavement and beyond. It relies almost entirely on voluntary donations and thanks to its generous supporters is able to help almost 1,700 families across the UK.