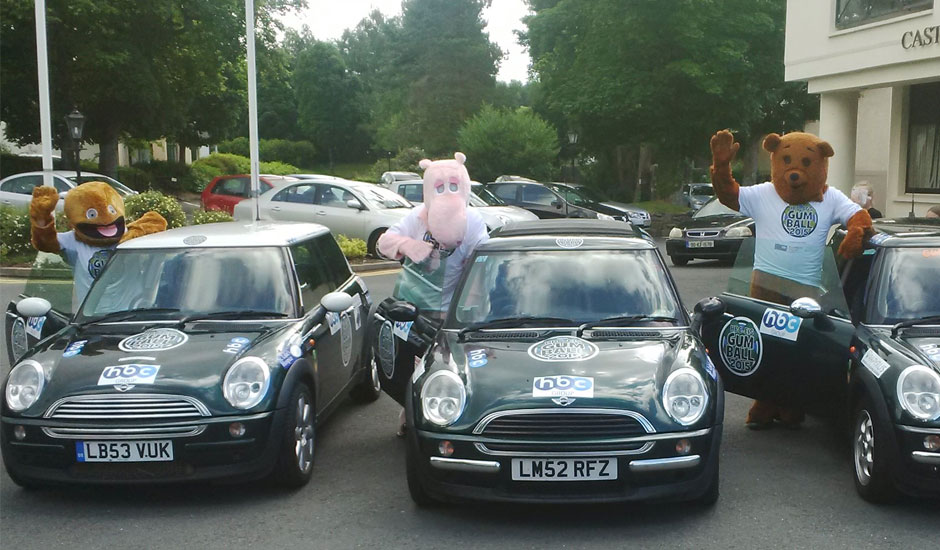 The 2015 AGS HBC Gumball Rally drove home the importance of charity recently with 34 cars taking to the roads of Wales and Ireland to raise funds.

The rally, now in its third year saw a whole array of vehicles heading over to the Emerald Isle in order to raise money for three charities including Rainbow Trust Children’s Charity, which supports families caring for a child with a life threatening or terminal illness.

The three day trip began on Friday 26 June and covered over 600 miles. Since its launch in 2013, the rally has become a highlight in the fundraising calendar for the UK Motor Claims industry and an opportunity for businesses countrywide to enjoy a challenge with a difference and has now raised over £178,000 for the three worthy causes.

We are proud to have supported this years event for such worthy causes and thank everyone that helped make the event such a success with there support and participation.

It was a fantastic rally this year and a real privilage to be part of it, our appreciation goes to Enterprise Rent-A-Car, who sponsored the Rainbow Trust car. On behalf of the families who will be supported due to the funds raised, a huge thank you to the organisers and the teams who took part.