Opera Holland Park closes the season with a tea party

Opera Holland Park closes the season with a tea party 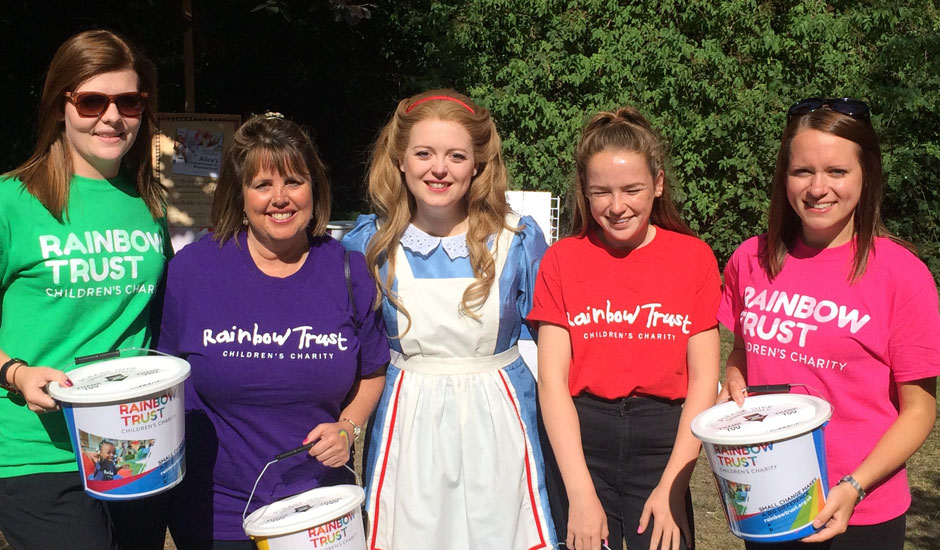 The family opera was specially commissioned for Opera Holland Park in 2013 and has been performing sell-out shows each summer since then. It was created as a ‘promenade’ performance, with the audience following the actors and musicians around the park, making it great fun for the children. The music was written by Will Todd, whose own family is supported by Rainbow Trust.

Rainbow Trust has attended all the performances this summer, entertaining the children before the show with face painting and art activities. Thanks to the generosity of the audience we have raised £2,178. This money is enough to provide 12 day trips with a Family Support Worker for a worried, lonely sibling, making them feel special and allowing them time and space to talk to someone trusted. Our support is different for each family, but we have provided a lot of sibling support to Sophie whose brother Andrew has cancer, and both teenagers have benefited from our specialist drop-in groups where they have met other children in similar situations; you can read more about them here.

On the last day of the season, the cast led a mad hatters tea party, by baking and selling cakes to raise extra funds for Rainbow Trust.

James Clutton of Opera Holland Park said: “It’s been fantastic working with such an inspirational charity at this year’s Alice Opera, and the audiences have loved all the activities you put on. We look forward to working with you on other projects”.

Rainbow Trust is a national charity which offers emotional and practical support for the whole family; from their child’s diagnosis, during treatment and, if needed, through bereavement and beyond. Rainbow Trust relies almost entirely on voluntary donations and thanks to its generous supporters is able to help almost 1,700 families across the UK.

Judith Osorio, Events Manager at Rainbow Trust said: “A huge thank you to Opera Holland Park for letting us participate in your brilliant Alice Opera this season. We’ve had so much fun over the past three weeks, and are delighted to have raised this sum”.