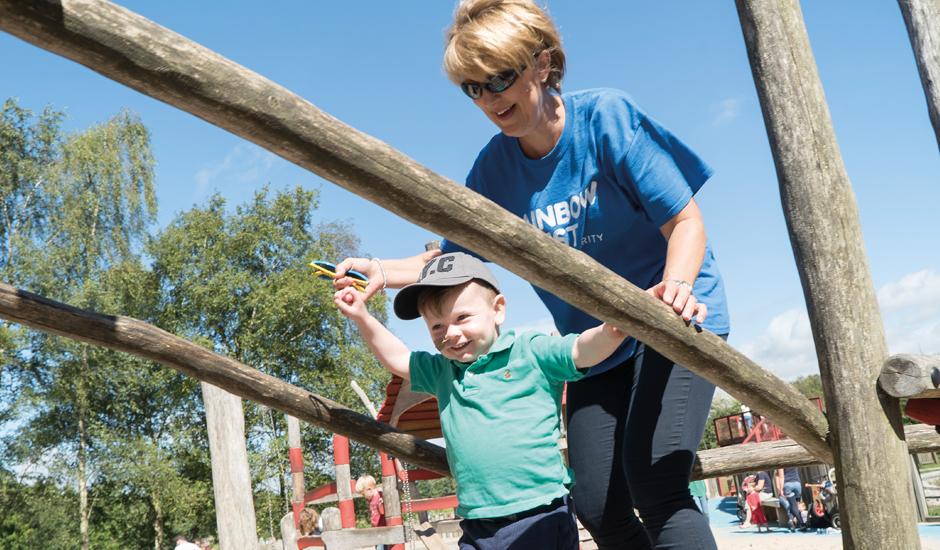 Few commentators expected a General Election to be called this summer. But while children’s palliative care is unlikely to be discussed on doorsteps in this period, recent months have seen some important new reports that would-be MPs should have on their reading list if they want to understand the policy changes needed to support children with life threatening and terminal illnesses and their families.

Top of our list would be Rainbow Trust’s own report, Hidden Savings, which estimates how much money our services may be saving the health and social care system. This won the attention of nursing and palliative care publications, as well as MPs and Lords.

Fiona Smith, Royal College of Nurses Professional Lead for Children and Young People’s Nursing, responded to the report by saying,

“The kind of support Rainbow Trust provides is invaluable to families and saves millions of pounds. However, the Government needs to recognise the importance of social care for children and families and ensure that it is accessible for all those who need it.”

Another recent report was the first analysis in more than a decade of the numbers of disabled children with complex needs and life-limiting conditions. Published by the Council for Disabled Children and The True Colours Trust, Understanding the needs of disabled children with complex needs or life-limiting conditions estimates that numbers have increased dramatically by over 50% since 2004, from 49,300 to 73,000 children and young people. It concludes that decision makers and budget holders simply aren’t collecting sufficient robust and accurate data to be able to plan and deliver services to enable these children to live full lives and sets out ways this could be addressed.

This spring also saw the release of No Good Options by the All Party Group on Children (an informal grouping of MPs and Lords who are interested in children’s issues) and the National Children’s Bureau. This wide-ranging report presents the findings of an 11-month inquiry into child social care and received national media attention. It found that the children’s social care system is struggling to keep pace with the rising numbers of children and families who need help, with nearly 90% of local authority senior managers saying they find it increasingly difficult to provide the support needed for children ‘in need’, including those with disabilities, families in crisis and those at risk of abuse and neglect.

Included in this significant report was a case study from a family supported by Rainbow Trust in London whose child has a life limiting major chromosomal disorder. The mother explains the pressure faced by her family because their package of local authority support has been cut in recent years, saying,

‘‘The catastrophic cuts to funding leave us families with less and less support. They leave families struggling to get even a minimum of intervention that might help secure them greater independence and well-being later in life.”

With this reading list, we think aspiring MPs will have a much better understanding of the challenges to address if the needs of seriously ill children and their families are to be taken seriously. Meanwhile, Rainbow Trust will keep speaking up in Westminster. Once the election is over, we will be delivering Rainbow Trust’s open letter to the Department of Health, calling for fairer access to existing funding streams for child palliative care. Thank you to all the families and supporters who signed this in March and April. Watch out for more news on this in the summer.