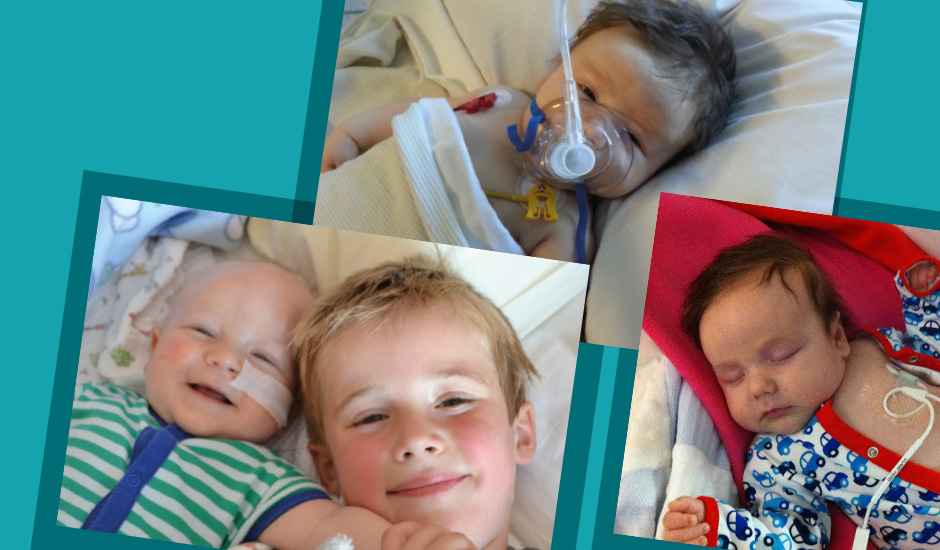 Will you help us raise £21,360 this summer so 12 families can receive respite and support by a Family Support Worker like Shelly for a year?

There’s something you can do right now to help ease the worries, fears and frustration experienced by parents who are unable to leave hospital as they look after their seriously ill child.

A family’s world can be turned upside down in seconds. When Dominic was only ten-weeks-old, he was diagnosed with a cancerous mass on his brain, spinal column and central nervous system.

Doctors told his parents that this was extremely rare and very unlikely to be treatable.

No parent ever expects to go through a scenario like this, to hold their ten-week-old baby and hear that they may have just weeks to live.

Biopsies and tests revealed that chemotherapy drugs might help Dominic, but that they would leave him open to infection. So, Natalie, Dominic’s mum, stayed with him in hospital for the next five months, leaving Dominic’s big brother, five-year-old Zach, at home with dad.

Dominic couldn’t leave the ward at all and Natalie felt very isolated. Her days were governed by the hospital ward, schedules and Dominic’s treatment, without many familiar faces.

With a gift today you can help more families like Natalie’s receive much needed help.

It was then that Natalie was referred to Rainbow Trust Children’s Charity and Shelly, one of the dedicated expert Family Support Workers, started visiting the family in the hospital once a week.

The respite support from Shelly was invaluable. A few hours to grab a shower, enjoy some fresh air and recharge batteries were vital for Natalie to experience a small bit of normality. Knowing that Shelly was giving Dominic the same level of care and attention and treating him, like a parent would, helped Natalie to feel more positive.

This is not an isolated case. All over the country, families face leaving a young child at home, relying on family and friends to help, while one parent goes to work and the other stays in hospital with their critically ill child.

The strain on the family can be totally overwhelming.

In those long five months, Dominic had intense chemotherapy and, thankfully, against the odds, the tumour reduced in size and he was finally allowed to go home.

We want to help families, like Natalie’s, when they need us, for as long as they need us, and you can make this happen. Help us raise £21,360 this summer so that 12 families can receive the support they so desperately need.