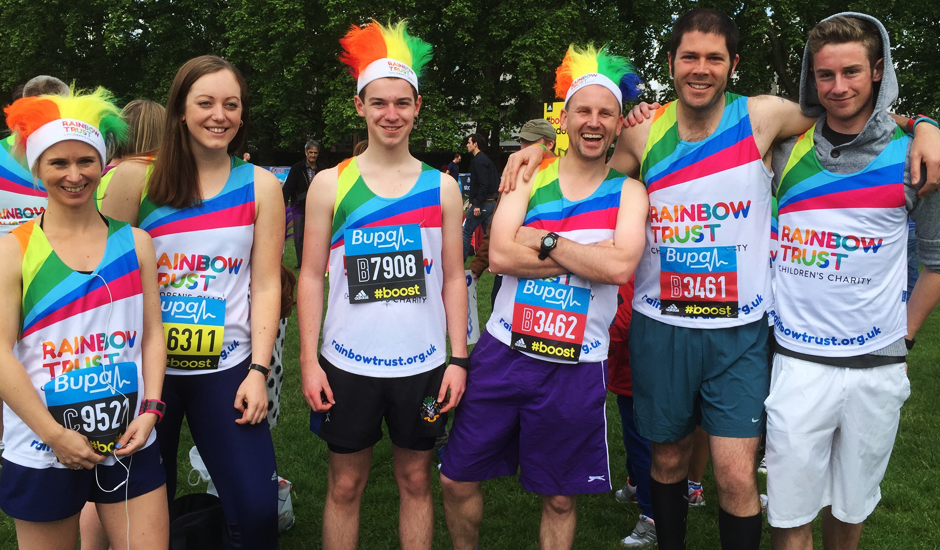 41 year-old Gareth Hart is Day Housemaster of Blathwayt House at Reed’s School in Cobham. He is a keen runner and is leading a team of students in the London 10,000 to run for Rainbow Trust for the third year in a row!

The House has supported us for a number of years through a variety of events such as cake sales and darts competitions. On 30 May 10 students, Gareth and another member of staff from Reed’s, will run the London 10,000, described as one of London’s premier running events, hoping to raise £1,500.

Gareth says: “Taking part as a team really motivates us and it means more that Rainbow Trust is a local charity. The students have been very good in supporting charity events and are motivated to complete the run - it is amazing what you can do when you put your mind to it! The atmosphere is phenomenal, especially as you go past the Rainbow Trust stand - the support from the charity has always been amazing, both before and after the race. I’ve also signed up for the Royal Parks Half Marathon, so the 10,000 will be a good milestone for me personally.”

Students are in charge of their own sponsorship and are also raising funds as a house and training together. You can sponsor Gareth and the team at their Just Giving page. If you would like to run the London 10,000 you can find more information here.