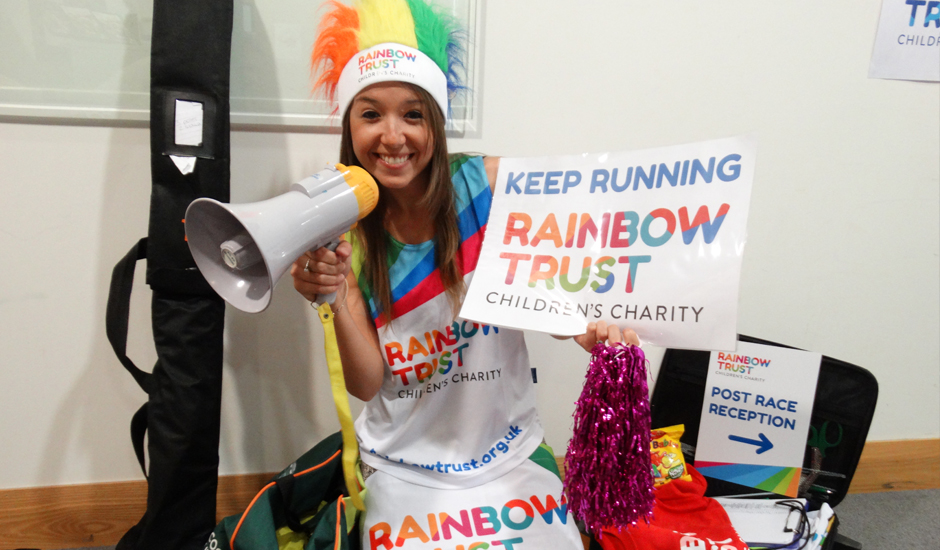 Rainbow Trust has been nominated for Runners’ Favourite Charity at The Running Awards 2016 and we need your help to secure vital votes by Friday 4 December.

The Running Awards is an independent annual awards ceremony celebrating the best of running and its culture, with runners and consumers nominating and voting for their favourite products, brands, publications, sports retailers, charities and events.

“We are very excited to have been nominated for this award. Our Sports and Challenges Team work incredibly hard throughout the year to ensure all our runners are well supported and enjoy a memorable experience. We are delighted that our efforts have been recognised and to win the award would be a wonderful endorsement for Rainbow Trust from the running public. The charity relies almost entirely on voluntary donations so your support makes a great deal of difference.”

“We have had an overwhelming response so far with record numbers of nominations and votes coming in. 2016 will be the biggest year by far and we are proud to hear that the awards are recognised as ‘the Oscars of the running world’ by the industry and runners alike.”

To vote for Rainbow Trust visit www.therunningawards.com and vote in the Runners’ Favourite Charity category. Initial voting will close on 4 December and shortlists will be announced on 8 December. Voting will re-open until the awards ceremony on 22 April.

To run for Team Rainbow Trust and show support for families with a seriously ill child, get in touch with the Sports and Challenges team or call 01372 220031.