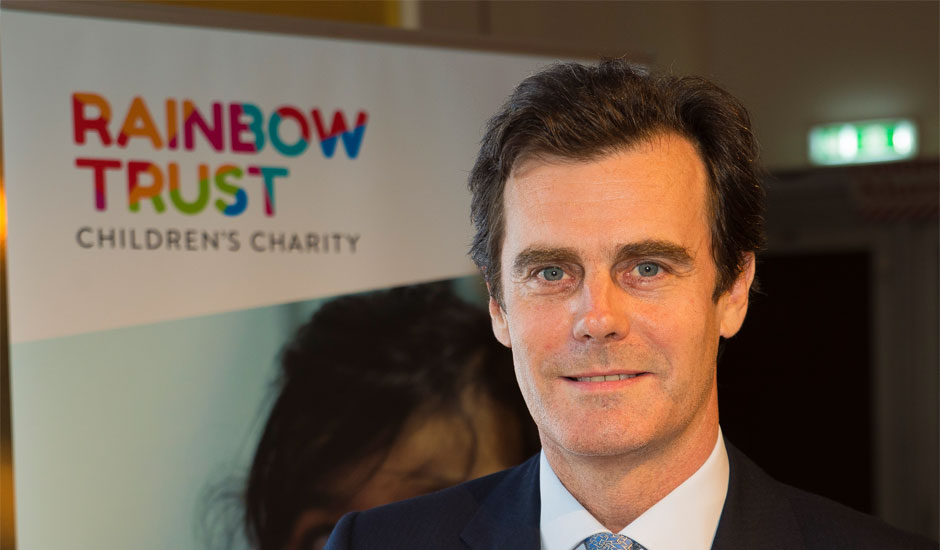 A new chairman to lead Rainbow Trust Children’s Charity, which supports families caring for a seriously ill child, has been announced. Mark Cunningham has been a Trustee of the charity for several years already and will take over from previous chairman, Gordon Tempest-Hay.

Working with the other Trustees at Rainbow Trust, Mark will oversee the charity’s continued growth strategy. He has a wealth of knowledge, having sat on the boards and Committees of a number of charitable organisations including The Caldecott Foundation, Hope Appeal and the Executive Committee of the Friends of Covent Garden. Mark has worked in the finance industry for over 25 years and has had a series of leadership roles in different companies. He is now a managing partner of Holbein Partners LLP.

Mark said, “I am proud of the solid foundation that has been built by the staff and Trustees at Rainbow Trust. We now care for 45% more families since Gordon began as chair in 2011. My thanks to Gordon for his contributions and for creating the strong position that Rainbow Trust is in today. I look forward to exploring new enterprises to further develop Rainbow Trust and help even more families in the years to come.”

Heather Wood, Rainbow Trust’s Chief Executive, said, “The appointment of Mark, who is a longstanding Trustee, will offer continuity for both Trustees and the organisation. With his guidance, we can execute our future plans. I would like to thank Gordon for his truly outstanding contribution and continued support.”