My daughter the anomoly

My daughter the anomoly 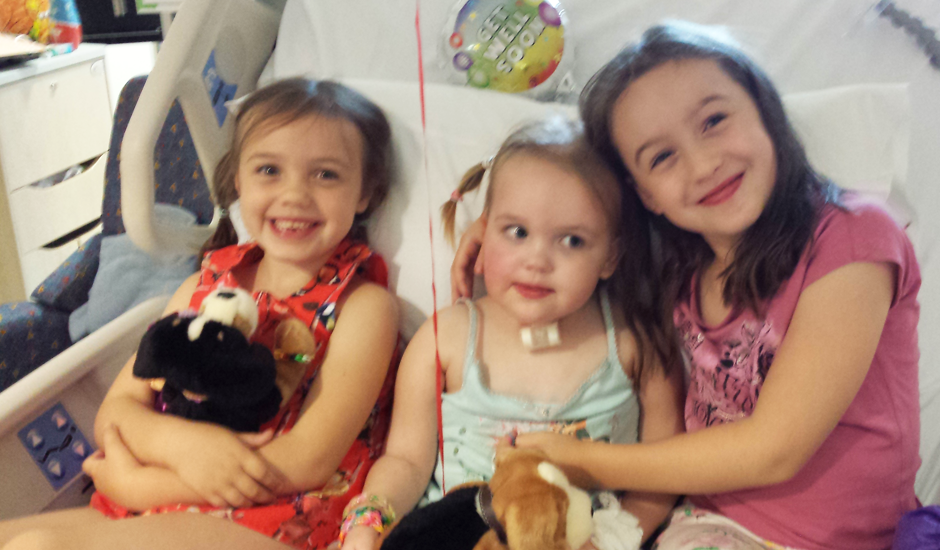 Matt and his family are support by our Greater Manchester Care Team. Here, he shares his families story and how their lives changed forever when their daughter, Scarlett, was rushed to hospital with an undiagnosed condition.

Scar (Scarlett) will be five years old in August, however she has been on quite a life threatening journey to get to where she is today. Scar was two when we first learned something was wrong. She was rushed to hospital and quarantined for a four weeks and treated for a condition that, to this day, has still to be named.

Scar has an undiagnosed immune system problem, which makes her more susceptible to bacterial and viral infections. This uncertainty about her condition left me and my wife Kay, with a horrible mix of emotions. To be honest, it made me feel annoyed, frustrated, and most of all, worried. She literally has one of those conditions that if it looks like a dog and barks like a dog, then it’s a dog. Scar’s illness occurs rarely in adults, and extremely rarely in teenagers, and what makes it worse is that it doesn’t happen to kids her age… until now. This has made our little girl an unfortunate anomaly.

In June 2014, Scar was so ill she was in an intensive care unit for eight weeks. Her health deteriorated to a point where she woke up unable to speak, walk, or even move. This left her with no choice but to relearn how to live again. A challenge that nobody, let alone a toddler, should ever have to go through.

As things were understandably very difficult for my family at the time, community nurses referred us to Rainbow Trust Children’s Charity to help us get back on our feet. This happened when Scar was first released from the hospital. We were then paired with Linda, a Rainbow Trust Family Support Worker with the Greater Manchester team.

Linda spent so much time with my wife, providing emotional support and giving her respite when needed.

Rainbow Trust’s support helped relieve our family of pressure, so that we could continue with our lives at a time when things weren’t feeling so normal. Linda’s support was our saving grace as she stepped in for me so that I could return to work and provide for my family. She helped massively when Scar first came out of hospital and had to do her chemotherapy treatment.

Over the next year Scar had countless visits to the hospital, as her condition was incredibly unstable. Just knowing someone is there to help you through horrible situations, and to play with Scar, you can’t put a price on it. When you’re coming out of hospital dealing with something like this, there’s a hole. You really don’t know who fills it. Rainbow Trust fills part of it.

In addition to the support we had we were also offered sibling support as little Scar has two older sisters, Cara who’s 10, and Lucy who’s seven. Having sibling support helped give our other daughters some escapism. It gives her sisters the chance to be a bit more normal again so they can forget about the other things that are going on at the time.

As of today, Scar is showing signs of amazing recovery. Although she is still undiagnosed, her condition is being managed with medication. I would rather be able to treat something I don’t know, than know what it is and not be able to treat it.

Scar has started school and is now living the life of a normal youngster.

As a token of my appreciation for the support Rainbow Trust has given my family, I recently organised a fundraising event on 2 July 2016 and called it, ‘The Scarlett Ball’.

The aim was to raise £10,000 to split between Rainbow Trust and the ‘When you wish upon a Star’ Foundation, who also helped my family during Scarlett’s recovery.

The monies raised from the Scarlett Ball will go towards helping other families like mine who need a Family Support Worker from Rainbow Trust at such an awful time in their life.