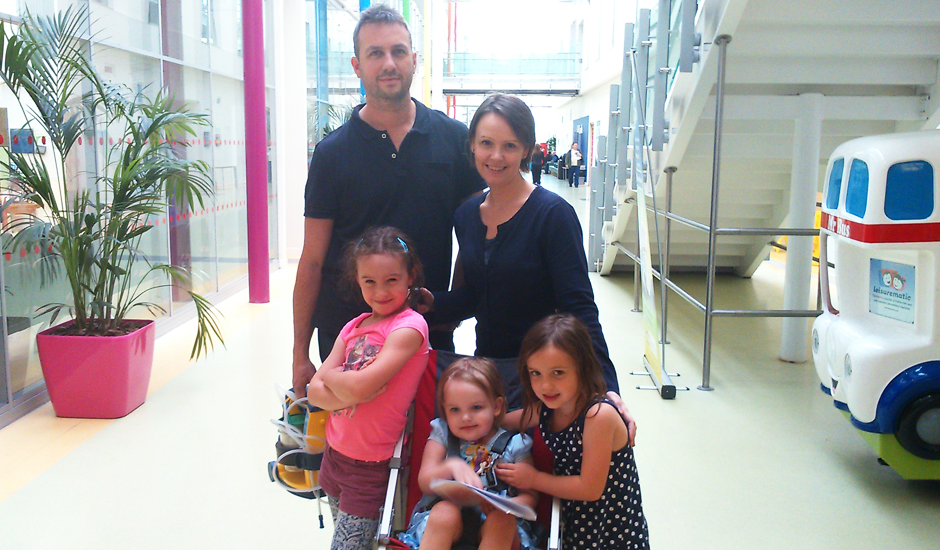 Matt, a father supported by Rainbow Trust, is organising a ball to support the charities that helped his family when his daughter’s undiagnosed illness left her unable to speak, or move.

Matt Davies is holding the Scarlett Ball, named after his five-year-old daughter Scarlett, in Rochdale Town Hall, on Saturday 2 July. He hopes the event will raise £10,000 to be split between Rainbow Trust and When you Wish Upon A Star.

Matt’s daughter Scarlett, was two when she was rushed to the Royal Manchester Children’s Hospital with breathing problems. She woke up after eight weeks in intensive care unable to move, walk or speak and had to learn these skills again. Over the next year, Scarlett had chemotherapy and countless visits to hospital. Her illness leaves her susceptible to bacterial and viral infections and her condition remains undiagnosed.

Nurses referred Scarlett’s family to Rainbow Trust and they were assigned to Linda, a Rainbow Trust Family Support Worker. Linda spent time with the family providing support for the whole family, including for her siblings Cara and Lucy.

“Linda helped my wife Kay and I massively when Scarlett first came out of hospital and had to have treatment. Knowing someone is there to help you through horrible situations, and to be with Scarlett, you can’t put a price on it. When you’re coming out of hospital, dealing with something like this there’s a hole. You really don’t know who fills it. Rainbow Trust filled part of it for us.”

“Matt’s support of Rainbow Trust through organising the Scarlett Ball is absolutely fantastic and we would like to thank him and his family. We have a care team covering Manchester and the Greater Manchester area and these vital funds will help us to support more families like the Davies.”

Matt has already raised over £1,200 from people unable to attend the ball and is encouraging people to continue donating. You can show your support and make a donation via his fundraising page here.