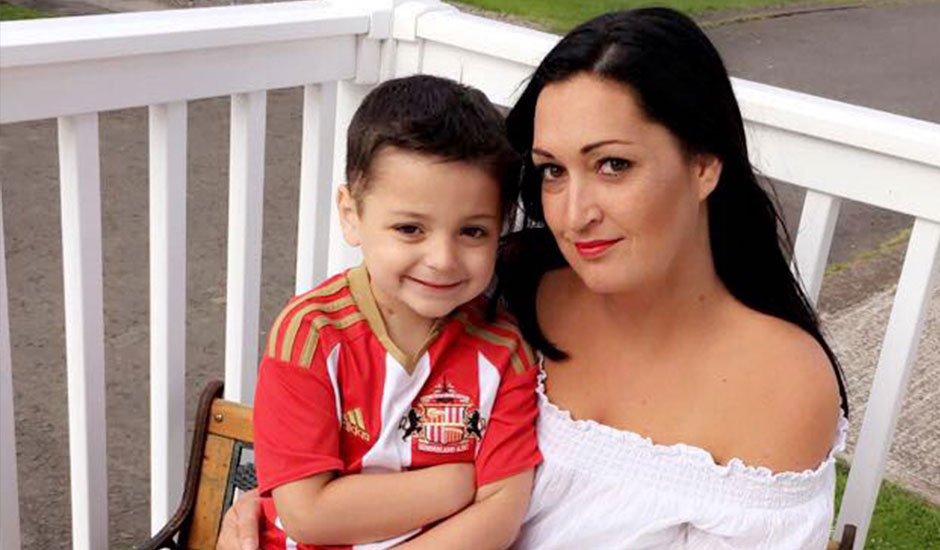 The mother of Bradley Lowery, who died of a rare cancer last year when he was six and captured the nation’s heart, has spoken about the importance of raising awareness of Rainbow Trust Children’s Charity, to help other families caring for a seriously ill child.

Speaking at Rainbow Trust’s annual Staff Conference in London, and as the first anniversary of Bradley’s death approaches on 7 July, Gemma described how Rainbow Trust has helped to keep her son’s memory alive.

Gemma explained how when Bradley was first diagnosed with a neuroblastoma at 18 months old, she did not think she would need any support outside of the family.

“As life went on we were stuck in hospital trying to save our child so I took the offer of support from Rainbow Trust up,” she told the audience, which also comprised other families supported by the charity.

The Lowery’s Family Support Worker, Monica, has supported the family for more than five years and still sees them regularly.

“She took Bradley out on fun days and she would come so I could have a few hours of fresh air and normality. At one stage during Bradley’s illness I had been hospital for nine and a half weeks. When we realised he wasn’t going to get better she was there for us. At the very end of his life she sat with us and Bradley.”

And when Gemma asked Monica to read at Bradley’s funeral, she said: “Monica took it on the chin.

“She bought some beautiful gifts. She had taken finger and thumb prints from Bradley and put them on his brother’s cufflinks, which he is going to wear to the school prom. She also made a photo album and we get to keep those gifts forever now.”

“You should commend yourselves. Families like ours don’t have easy lives but Rainbow Trust makes life easier.

“It’s important that Rainbow Trust remains high profile and that we get the Rainbow Trust name out there. Thank you so much for everything you’ve done. I think Rainbow Trust is an amazing charity.”

Gemma also spoke of the new foundation that has been set up in Bradley’s name to help and support campaigns to raise funds for medical treatment and equipment not currently available on the NHS.

Bradley was named Child of Courage at the Pride of North East Awards and he became a well-known face across the UK after becoming Sunderland’s mascot and close friend of England Striker Jermaine Defoe.