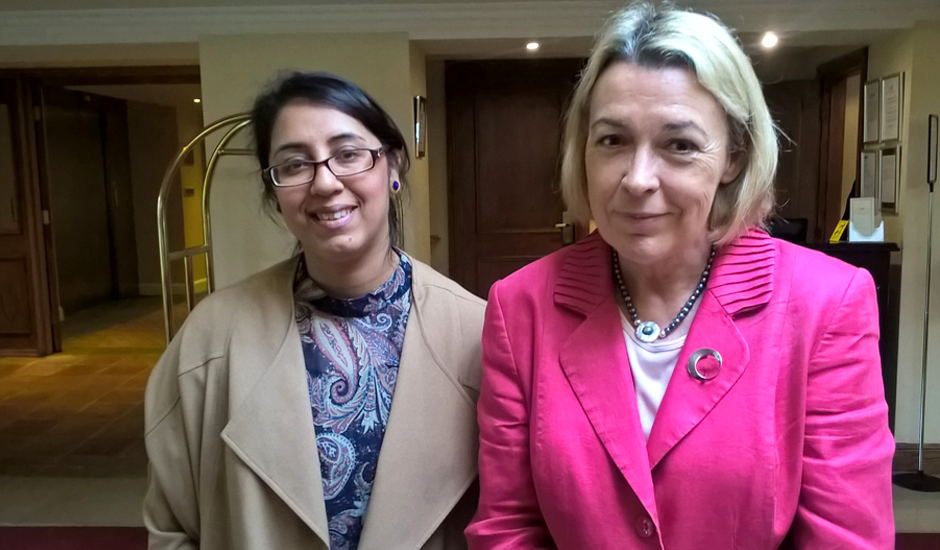 Barbara Keeley is the former Labour Shadow Minister for Care and current MP for Worsley and Eccles South near Manchester. Here she shares how she got into politics and how she hopes to provide proper funding for the family support provided by organisations like Rainbow Trust.

Can you tell us a little bit about your background and how you came into politics?

Before I became an MP in 2005, my early career was in the Information Technology Industry working as a Systems Engineer and Systems Engineering Manager for IBM. I came into politics as I felt that too few women were becoming MPs and I also felt there were many issues on which policy change was needed.

What first got you interested in social care and health issues?

I served as a Labour councillor in Trafford for 9 years, and I was Vice-chair of Social Services and Cabinet Member for Health and Well-being. With these responsibilities, I realised how important it is to invest in and develop good health and social care services.

I also worked as an adviser to a national charity for carers, with whom I carried out research on carers’ issues. I co-wrote three national reports on those issues.

Since I have been in Parliament I have worked on a wide range of issues for carers and in health and social care and carers issues. I have been a member of the Commons Health Select Committee and a shadow health minister. I have campaigned for investment in social care and the proper identification of carers.

How did you become aware of Rainbow Trust’s work?

What was your experience when you met with Naheed Umarj, a mum whose family is supported by Rainbow Trust?

I was grateful to Naheed for making the time to meet me and for sharing her experiences as a parent carer and as someone who is supported by Rainbow Trust. I was inspired to hear her story as a mum of two young children, one of whom has had many serious illnesses. Our meeting helped me to understand just how important the Rainbow Trust is to Naheed and to families like hers.

If you could change one thing for children with terminally ill or life threatening illnesses and their families, what would it be?

If I could change one thing it would be to provide proper funding for the family support provided by organisations like Rainbow Trust.