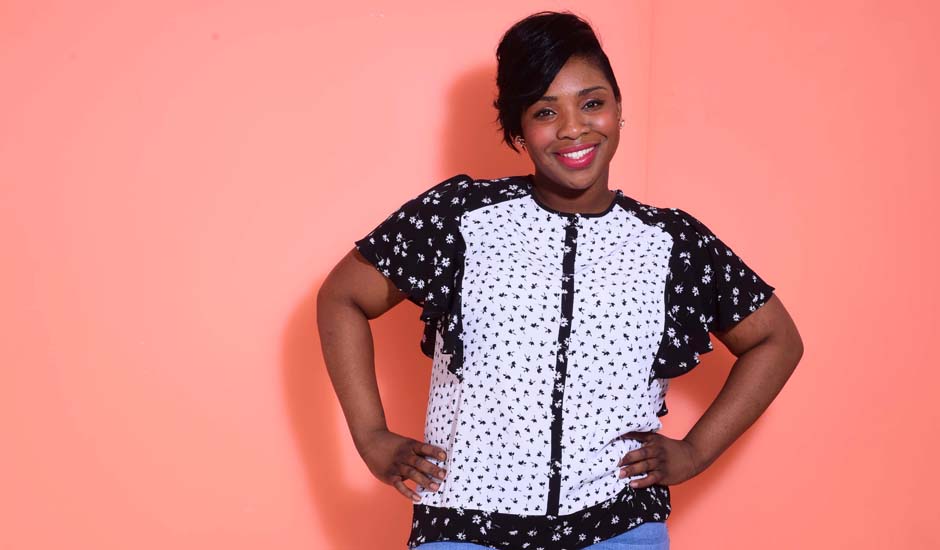 On Monday 13 February, Stephanie and her daughter Miracle made their way to a London studio to receive a special Evans makeover as part of the Evans Mother’s Day campaign.

This Mother’s Day, as well as offering a mum a Mother’s Day makeover as part of their campaign, Evans are also asking customers to donate £2 by texting GIFT to 70030 to help Rainbow Trust support mums caring for a sick child. Stephanie was made to feel like a celebrity for the day and dressed in head to toe Evans clothing for the shoot which is also featured on the Evans website.

Stephanie Facey was just 20 weeks pregnant when she was referred to hospital and told that one of the arteries in her baby’s heart was not fully developed. When her daughter was born, Stephanie called her Miracle because, against all the odds, she had survived.

Miracle proved to be a little fighter when she underwent open heart surgery at two weeks old at Evelina London Children’s Hospital. Although she will require further surgery when she is older, Miracle is doing well as she now approaches her first birthday. It was at the hospital that Stephanie was introduced to Rainbow Trust Children’s Charity, which has established the UK’s first ever Cardiac Support Worker role.

“Miracle has two brothers and a sister aged eight, three and two so when she was diagnosed with such a serious heart condition, I had no idea how I was going to cope, especially when Miracle was well enough to come home. We met Diana, our Cardiac Support Worker, when we were discharged from the Evelina London Children’s Hospital.

When I am at home, Diana will take Sherray to the park and Ezekiel to nursery – it makes a big difference having that kind of help, without it, I think my other children would have suffered more. It means I can devote my time to Miracle and not feel guilty as I know my other children are safe and getting one on one attention. I feel bad not being able to give them all the attention they need but Miracle needs me constantly. It also means the older ones can still do all the things they enjoy so they feel less affected by Miracle’s condition.

Trying to look after three other children while I am caring for Miracle is very difficult, but having the support from Diana, makes such a difference. I appreciate Diana’s help so much, I don’t know what I would do without her. I would definitely recommend both charities to anyone in a similar situation.”

You can support our Mother’s Day campaign by donating £2 to Rainbow Trust Children’s Charity by texting GIFT to 70030. See our full terms and conditions here.