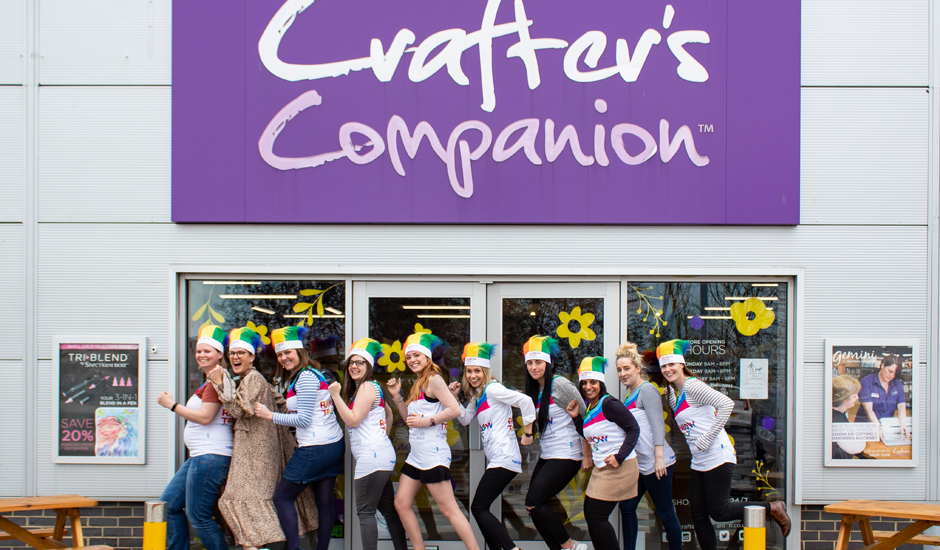 Nine novice runners, from Crafter’s Companion in Newton Aycliffe, will complete the Great North Run in the hopes of raising more than £3,000 for seriously ill children and their families.

Apart from Sunny, who has already participated in two half marathons this year for Rainbow Trust, this is the first time that the group has trained for a running event. Marketing manager, Meg Lidster, who will be nine months pregnant at the time of the Great North Run, is also fundraising for the charity by walking the equivalent 13.1 miles during the summer.

Sunny discovered Rainbow Trust and was inspired by the charity’s work and how it aligned with Crafter’s Companion’s ethos to support community causes. After showing the charity and its work to the rest of the company, the group of runners assembled to support the dozens of families that use the service in the North East.

“When I came across Rainbow Trust I was instantly moved. It’s an extremely family-orientated organisation and provides a vital support network for people who have so much to cope with on a day-to-day basis.

“The backing from Crafter’s Companion and comradery in our running team has been great. None of the girls started out as runners so the effort and time that they are giving up to train for the Great North Run, to raise money for a really important cause, has been fantastic.”

“When serious illness affects a child, family life is turned upside down and time becomes more precious than ever. Rainbow Trust pairs each family with a dedicated expert Family Support Worker to help them face and make the most of each new day.

“This year we are hoping to raise enough money through the Great North Run to support over 17 families for an entire year so it’s really important that people, like Sunny and her colleagues at Crafter’s Companion, get involved with these events because without fundraising, we wouldn’t be able to offer this vital support.”