Colour5K in Dorking raises an amazing £3,200

Colour5K in Dorking raises an amazing £3,200 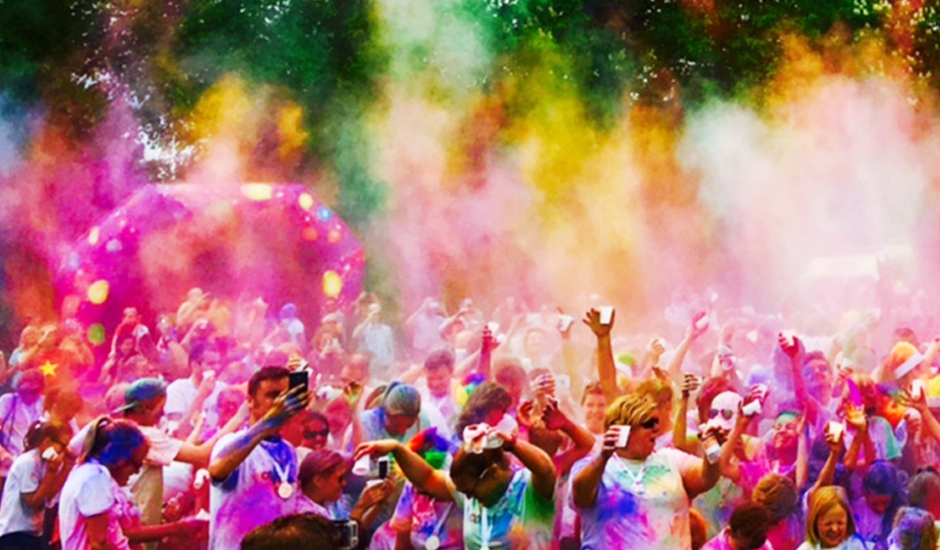 A rainbow of powder paint covered hundreds of people in Dorking as they ran the Colour5K on May 22, in support of Rainbow Trust Children’s Charity.

Around 500 people took part in the event held at Pippbrook Meadows, raising a fantastic £3,200 to help us support families who have a child with a life threatening or terminal illness.

The family fun-filled day saw runners being showered with colourful paints at each kilometre and crossing the line looking like a rainbow. There was also a one kilometre route for kids aged between six and 16. They were joined by 91-year-old Harry from Dorking, who had celebrated his birthday just two days earlier.

Face painting, a bouncy castle, a tombola and lucky dip were also on offer.

Rainbow Trust was the official charity of the event and runners were encouraged to raise sponsorship for the charity as it does not receive any proportion of the registration fees. Rainbow Trust’s staff and volunteers cheered on the runners, 115 of whom fundraised for the charity. The overall sum of £3,200 raised included online donations from runners, money raised on the day and the individuals’ sponsorship.

“We are absolutely delighted to have raised £3,200 from Colour5K. It is a fantastic event, ideal for families looking to have some challenging fun in aid of a great cause. We have a care team based in Leatherhead and it’s down to events like the Colour5k that we are able to continue raising vital funds to help local families who need emotional and practical support.”

“It was a fantastic day and we’re really pleased to have helped Rainbow Trust raise awareness of its work supporting local families. It’s such a great team there and we’re grateful for all the support they gave us to make the event day a success.”