Behind the scenes of 'A day with Amelia’

Behind the scenes of 'A day with Amelia’ 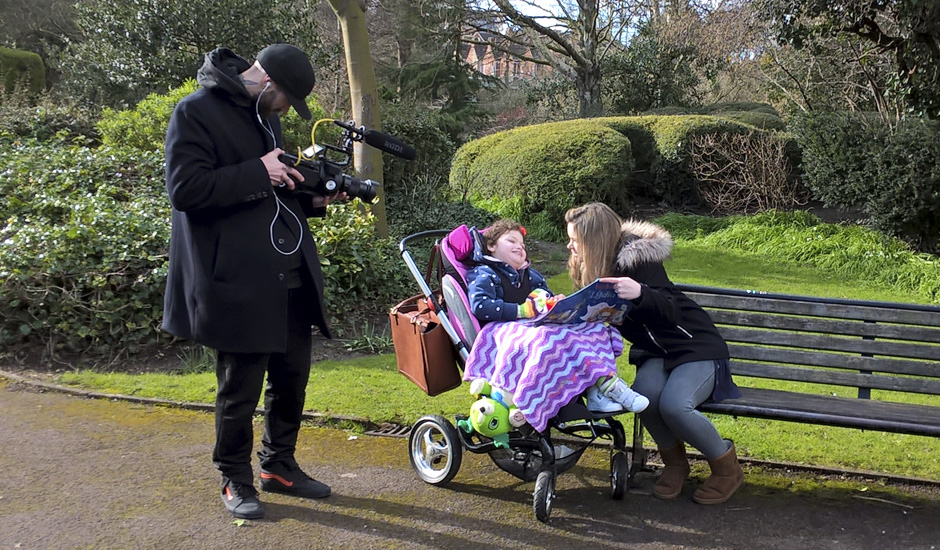 This month we launched our new campaign ‘A day with Amelia’ asking people to join us and sponsor a Family Support Worker. For the campaign, filmmaker Drew Cox, created documentary style films, giving a glimpse into life for the families we support.

“I was very interested in the work Family Support Workers do and the massive differences they make to family life. Not many people think about the challenges and simple day to day aspects of having a terminally ill child. I want to make films that inspire and bring light to aspects of life that are so often overlooked.”

Drew, what is it like working with children who are seriously ill?

It was a very humbling and inspiring experience. They are going through such a difficult and life-changing time, yet they remain so engaged and positive. Their huge smiles just lit up my world.

What was the biggest challenge filming families going through such a difficult time?

For me, it was interviewing parents who are obviously going through an emotional rollercoaster. Bringing up memories is such a delicate task. You want to capture their situation whilst remaining compassionate and sensitive to their needs and circumstances.

Did anything funny or unusual happen during filming?

There were lots of funny stories. The public were very confused as to why a cameraman was following families grocery shopping; I slipped and almost fell in the lake; and the young people involved had me in stitches with some very funny stories. I also discovered all about the joys of Hama beads.

Were there any special moments?

Seeing the strength of families and their fearlessness to face whatever life throws at them inspired me. The connection families have built with their Family Support Worker is extremely touching. They become a part of the family and their presence and support goes beyond just a job. It was a real human connection.

Drew’s films feature in our new campaign, bringing to life how a sponsor’s support makes a difference to the lives of families. Everyone who signs up as a sponsor will receive an exclusive preview, plus regular updates about our Family Support Workers, photographs and letters from children and families supported.