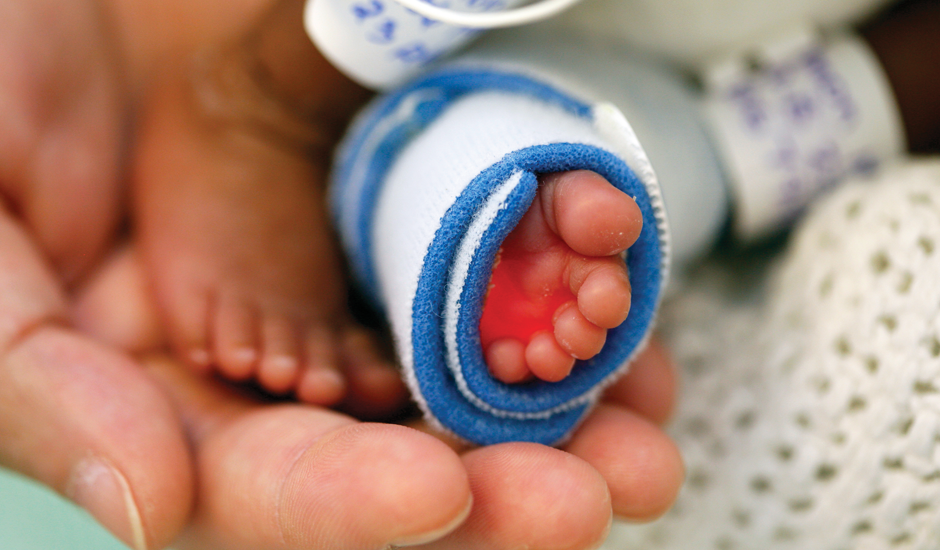 This week is Baby Loss Awareness Week (9-15th October) with many organisations coming together to draw attention to the experience of families who experience miscarriage or the death of a baby or infant. The week will be recognised in Parliament by the All Party Group on Baby Loss and a special debate in which MPs will be discussing what actions might be taken to improve care and support for affected families.

Over the last 18 months Rainbow Trust has stepped up its support to families whose baby is terminally ill or has a life threatening condition. This is because of the growing number of babies born with complex conditions over the last decade.

This rise is partly the result of rapid developments in medical science which mean that many more babies born prematurely and with complex medical conditions are now able to survive birth. At the same time, more women are giving birth at a later age, and older mothers are at greater risk of birth complications. In addition, the greater use of fertility treatment means a higher number of twins and triplets are being born. Multiple pregnancies are more likely to result in premature birth which mean serious health problems.

Rainbow Trust has expanded its services to offer support to parents of babies in neonatal units, beginning with the creation of a dedicated Neonatal Support Worker at the Chelsea and Westminster Hospital in 2015. We now provide neonatal support in all the areas where we have Family Support teams, and we run three neonatal support groups.

Research has shown the importance of keeping premature and sick babies together with their parents and ensuring parents are as involved as possible in their baby’s care on a neonatal unit and in discussions with doctors and nurses. But being present and involved in the care of a terminally ill baby can be a challenge for many families despite their wish to be with their baby.

Obstacles are often practical, including twins receiving treatment in different hospitals because one is more seriously ill than the other, and the difficulty of caring for older siblings as well as spending time with a very sick baby. This is especially hard in the winter months when neonatal units may not allow children to visit because of the risk of spreading infection.

Rainbow Trust Support Workers can sit with the baby if parents need some time to themselves, and can help make sure that brothers and sisters feel less isolated when their parents are visiting their seriously ill sibling. For parents who do not drive, the distance to visit their baby can be a major problem. For example, our services enabled a mother to visit her baby in a neonatal unit in London when the alternative was a three-hour journey each way on public transport – impossible when she had older children to take to and from school.

Parents also value having someone to talk to at a difficult time. One mother whom Rainbow Trust supported told us, ‘I really enjoy our journeys to the hospital and having someone to chat to about everyday things, as NICU [Neonatal Intensive Care Unit] can be quite a lonely place’.

A sibling support group held has also meant brothers and sisters have a place to play while their parents visit the unit. Older children have been able to talk about their baby brother or sister with other children in the same situation, and craft activities have enabled them to make presents for their baby sibling.

“Our aim is that babies’ lives will have meaning and impact, no matter how short. Through our support we want to help parents experience improved bonding and attachment between themselves and their baby, however short the baby’s life. Initial evaluations show that our support is much valued by both families and professionals. Importantly, we can provide someone independent to talk to during a baby’s time on a neonatal unit, including during difficult appointments and conversations with doctors.

However, we know there are many more families with seriously ill babies whom we are not yet able to support. We are calling on the government to consider how greater public funding could be made available to provide tailored social palliative care support to families on all neonatal units.”