A Goodbye to Albert Bennett, aged 101

A Goodbye to Albert Bennett, aged 101 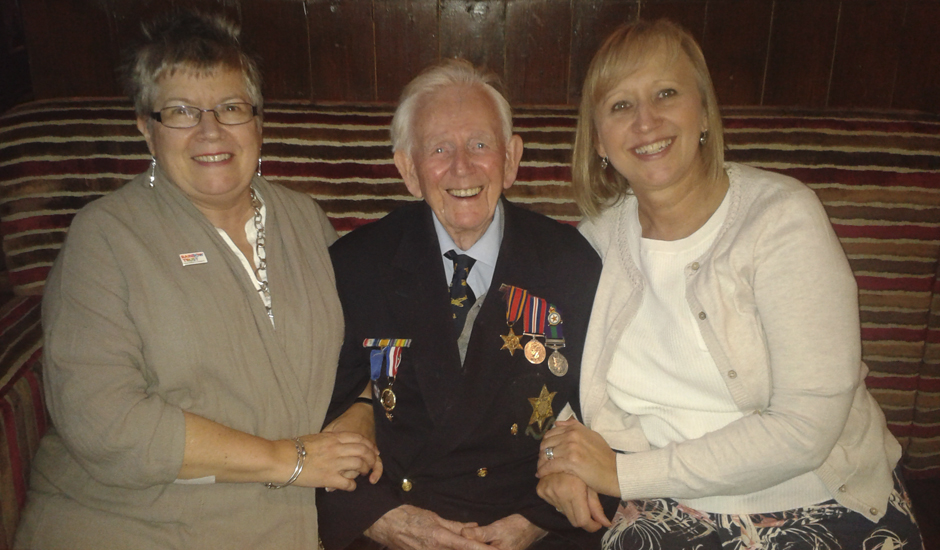 Yesterday we said goodbye to a very special man and long term supporter.

Albert Bennett was born in Rochester, Kent, on 15 October 1914, he died peacefully at home on 3 October 2016 just two weeks shy of his 102nd birthday.

Albert was a loyal supporter of Rainbow Trust for 21 years. He began supporting us after he and his late wife Betty heard Esther Rantzen interviewing our founder Bernadette Cleary OBE. They were so moved by the interview they wanted to do something to help and on 23 August 1995, Albert gave his first talk on behalf of Rainbow Trust about his wartime experiences when he was Chairman of the Dartford Probus Club.

Since then he has raised over £6,000 for us through sales from his book “Spitfires over Burma” and talks about his wartime experiences to local community groups and schools in Kent.

Albert worked in the stationary business selling and servicing typewriters until he joined the R.A.F in 1941 and trained to be an instrument technician. During his time in the RAF with 155 Spitfire Squadron he worked on Hurricanes and Spitfires in Burma, India and Singapore, aircraft which would go on to play a pivotal role over London during the Battle of Britain.

“We are incredibly grateful to Albert for all his support over the years, he made such an impact through his enthusiasm and dedication and will be sadly missed. Rainbow Trust relies almost entirely on voluntary donations and thanks to its generous supporters helps over 2,000 families in England.”