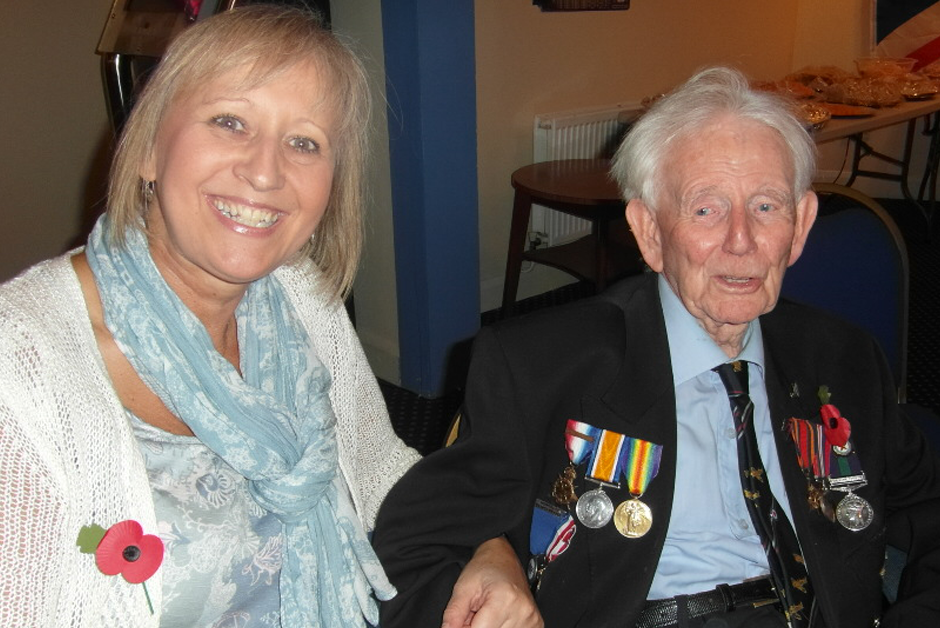 You would think turning 100 may be a quieter occasion than other birthdays but not for Albert. For his 100th birthday he decided to have an open house from 10am-10pm! He had a never ending stream of visitors including a number of children from a local school who came and sang Happy Birthday. The celebrations didn’t stop there. He has been busy lunching with friends and on Friday evening a friend surprised him with a party at the Crayford British Legion, attended by the Mayor of Dartford Councillor Avtar Sandhu MBE, and the legendary Spitfire pilot Ginger Lacey’s daughter Diana along with other family and friends.

Albert is a keen letter writer and has files full of letters from members of the royal family, military personnel and celebrities. His aim was to receive 100 birthday cards and thanks to one of Albert’s friends who posted messages on social media he smashed that target receiving over 200 cards and messages from all over the world.

Albert has been supporting Rainbow Trust for 19 years after he and his late wife Betty heard Esther Rantzen interviewing Bernadette Cleary (the founder of Rainbow Trust). They were so moved by the interview they wanted to do something to help and on August 23 1995, Albert gave his first talk when he was Chairman of the Dartford Probus Club. 19 years on he has raised over £5,000 by giving talks to local community groups and schools in Kent about his early life in the RAF as a Spitfire engineer and his time in Burma.

Each time Albert makes a donation we thank him by writing letters, sending cards or calling him to say thank you which pale in comparison to all he has done for Rainbow Trust. Albert has written a poem called ‘Remembrance’ and his wish is to read it or have his poem read at the remembrance service at the Royal Albert Hall. Our goal is to make that wish come true.

Here’s to your 101st birthday Albert!