Without Rainbow Trust life would be very tough

Without Rainbow Trust life would be very tough 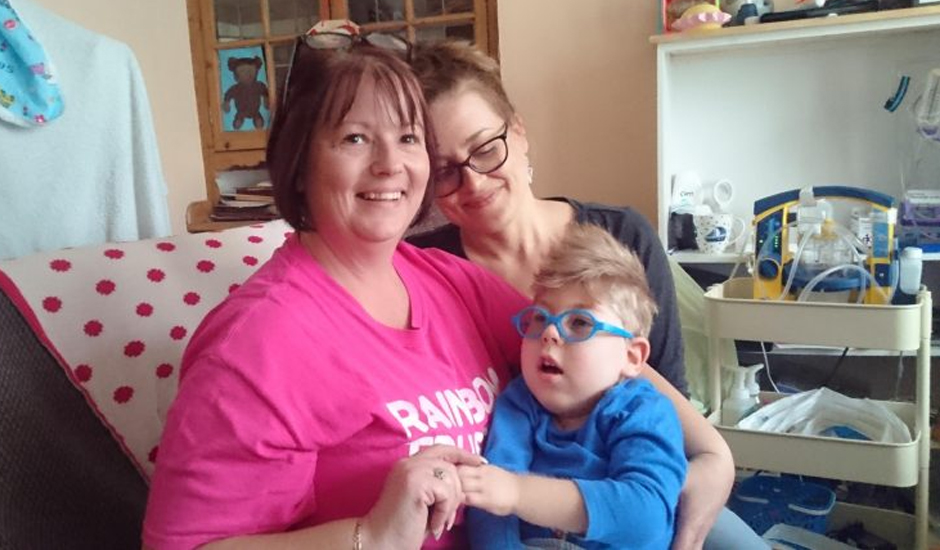 Four-year-old Amadeusz was only the fifth person in the world to be diagnosed with a rare genetic mutation of epilepsy when he was just eight months old.

“We knew there was something wrong as soon as he was born. Amadeusz was shaky and jittery and he started having seizures. After he was born we hardly left hospital for nine months; we were living by his bedside.” recalls Anna, his mum.

The family were told that Amadeusz had a genetic mutation of epilepsy called SCN8A. The condition hadn’t been discovered until 2011 and is so rare there was only a handful of people are known to have it. Even today there are only 160 cases in the world and Amadeusz remains one of the most complex cases.

“We were in a cubicle and the neurologist came in and told us she had a diagnosis and explained that there was no cure for Amadeusz. As she spoke to us I could literally see the door closing on me. Up until then I still had hope that his illness would pass and go away.”

“For the first few days after he was diagnosed I had to stand back from him – I found it hard be close with him because everything had changed. But gradually I gathered myself up again and tried to learn as much as possible about his illness so I knew how to look after him as best I could.”

It was during a hospital stay two years ago they were introduced to their Rainbow Trust Family Support Worker Lyn.

“Although we have been living in the UK for 11 years, when Amadeusz was born everyone I knew was having children too and they were busy with their own lives. Suddenly I was left with no one.”

“At first, Lyn started taking me to hospital but now it is much more than just driving. She sits in hospital appointments with me, offers support and advice and has even taken me to Ikea when I needed a break and some new furniture ideas.”

Amadeusz’s condition means that he is completely dependent on Anna for everything. As well as drug-resistant epilepsy he also has a muscle disorder – meaning he is unable to walk, sit up, hold his head unaided, talk or feed himself but Anna says Lyn understands him.

“Without Rainbow Trust life would be very tough. I would be forced to find other help or Lukasz would have to miss work when we need to visit the hospital.”

“Lyn has a lovely relationship with him – she talks to him and sings to him and he just treats her like a member of the family. I treat Lyn like a friend but sometimes she is like a little angel. Lyn’s visits bring back some normality to my life and I can talk to her about anything – not just about Amadeusz and his illness.”