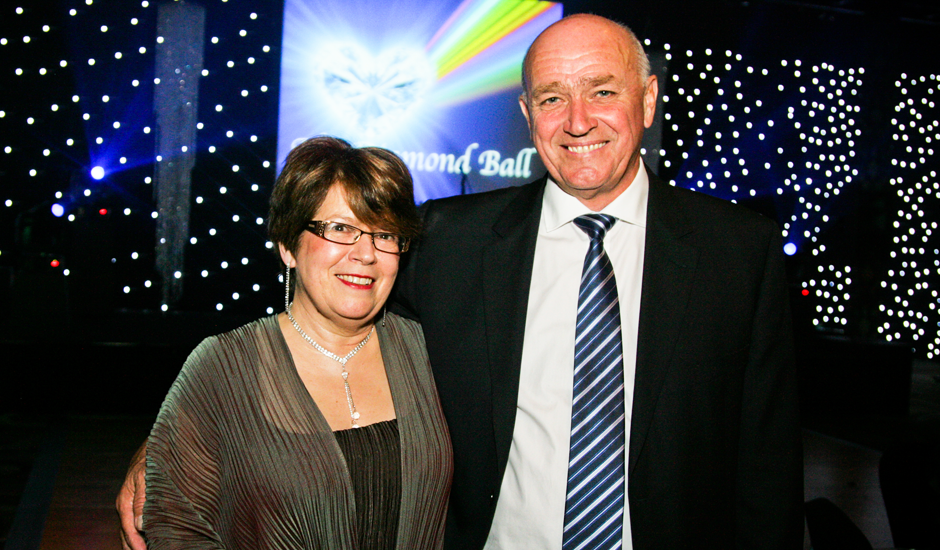 Trevor Hanover, owner of Hanover Dairies, has been named a ‘Point of Light’ by Prime Minister David Cameron for tirelessly volunteering for Rainbow Trust Children’s Charity and raising over £180,000 to support families caring for a life threatened or terminally ill child.

Since 2008 Trevor has supported us by walking, cycling and even driving a milk float from Lands End to John O’Groats to raise funds. For the past three years Trevor has held a glamorous fundraising ball which last year raised more than £31,000 in a single night – enabling Rainbow Trust’s North East care team to support a further 18 families in the region.

The Prime Minister’s Point of Light Awards have been running for two years and are awarded every day of the week to inspirational volunteers across the UK. To mark Trevor’s outstanding commitment to Rainbow Trust he will receive a personally signed letter and certificate from David Cameron.

Trevor Hanover said “Through my eight years volunteering for Rainbow Trust I have tried to raise as much awareness and funds as possible for this incredible charity. I’ve seen with my own eyes what the charity does for families caring for a seriously ill child. I’ve met some of them and I know just what a difference the emotional and practical support can make. It has been my pleasure and privilege to help the charity, in some small way, continue its vital work.”

Heather Wood Rainbow Trust Chief Executive said “Trevor Hanover whole heartedly deserves this award. We are delighted he has recently become a Patron for the charity and his dedication to Rainbow Trust is outstanding. We are incredibly honoured that he continues to volunteer his time to raise much needed funds to support families who need it most.”