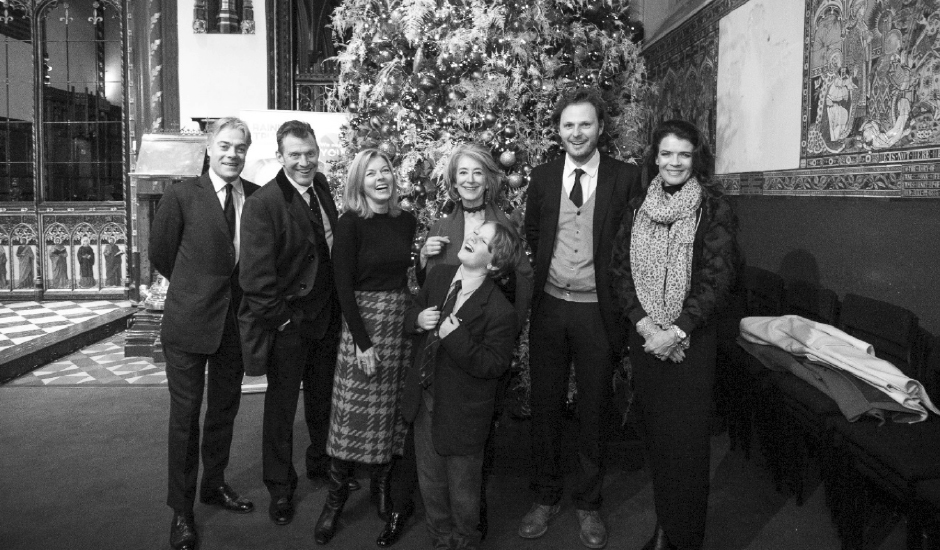 Hundreds of guests filled the pews of the stunning St Paul’s Church, Knightsbridge on Wednesday (6 December) for the much-loved celebrity studded London Carol Concert which raised more than £30,000 for seriously ill children and their families.

Guests enjoyed mulled wine and mince pies and heard a range of wonderful festive readings and performances from The West End Gospel Choir and The Farleigh School Chapel Choir, from near Andover, Hampshire, who sang arrangements of classical Christmas songs and led the congregational singing of traditional Christmas Carols.

One of the concert’s many highlights was hearing Rory McConnachie, an 11-year-old sibling of one of the families in London supported by Rainbow Trust, read A.A. Milne’s poem Sneezles beautifully.

“Having Angie there as an adult who Rory can talk to, to trust with his thoughts and worries and just to have fun with, has made a big difference to him. It made him realise there are other people in similar situations and people that care and want to support us,” Saethryd said.

“This year has opened our eyes to the intense toll that serious childhood illnesses, like cancer, has on the whole family - emotionally and financially. The exhaustion, stress and the relentlessness of going through it cannot be underestimated and the simplest thing of having access to someone like Angie to support and help us who expects nothing in return, is invaluable.”

“Rainbow Trust’s annual carol concert is one of our most admired and popular events and this year was no exception. It was wonderful to see the Farleigh School Chapel Choir perform and hear readings from a family, our patrons and celebrity supporters.

“Our heartfelt thanks go out to everyone for supporting this event. Christmas can often be one of the hardest times of the year for the families we support. Everybody got into the festive spirit at the concert while fundraising for a fantastic cause, meaning our Family Support Workers can help those families have the best Christmas possible.”