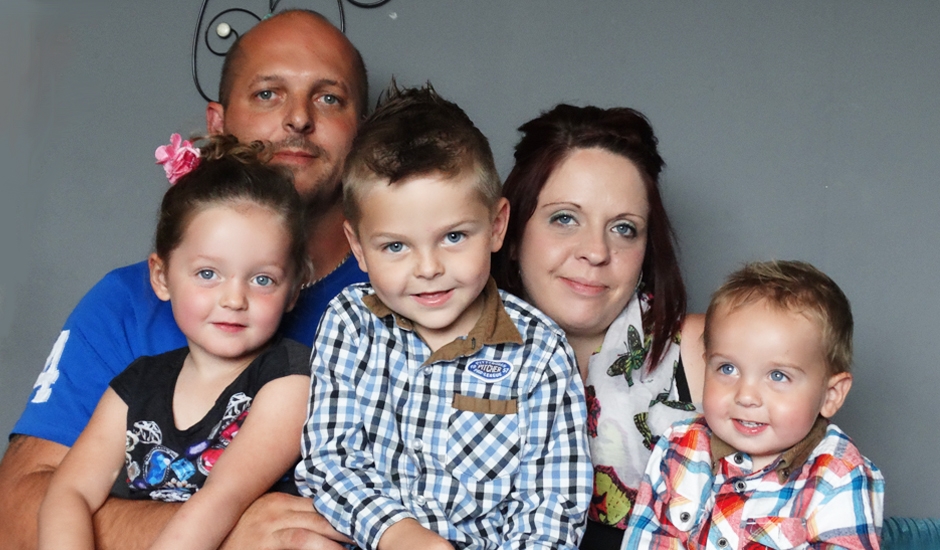 This year, as we celebrate Mental Health Awareness Week, the focus is on why so few of us are thriving with good mental health. Why don’t people reach out? What stops people asking for help? Is it because they don’t think anyone will understand?

From our 30 years’ experience of supporting families, we know that giving families the space to talk, the empathy and patience they need to navigate through all of the different emotions and thoughts that may come with having a seriously ill child, is paramount. Having spoken to many of the mums and dads we support, we’re told that emotional support for them and their children is what makes the difference to them coping or not.

Families often feel so alone and isolated as friends and extended family don’t understand the reality they are living. That isolation can be devastating for families who don’t want to burden others with their truth or don’t want to upset others despite the fact that they need an outlet, they need somewhere to go with the overwhelming feelings they may have.

With all the work being done by other charities to encourage people to talk, listen and to openly acknowledge that some people have mental health issues, we wanted to shine a light on one of the very brave mums we have been supporting for the past six years. She has embraced the emotional support provided by her Family Support Worker, for herself and the rest of her family, and has chosen to ‘pay it forward’.

Amberley has six beautiful children. Mckenzie, her seven-year-old son, was diagnosed with cancerous tumours in his neck when he was almost two and was later diagnosed with a disease that destroys red blood cells and causes kidney failure in children. She has chosen to help Rainbow Trust with a pilot scheme to train parents as befrienders of other parents of sick children.

Amberley on why she’s supporting other parents

“I wanted to be able to make other parents feel normal.”

You go through so many different thoughts and emotions that are hard to understand when your child is diagnosed with a life threatening or terminal illness. You are thrown into a world of hospital appointments and treatments and all you want is normal. I want to be able to tell people what they are feeling is normal. People will say to you, they can imagine what you are going through, but they can’t. They have no idea but I do.

Talking and listening to others has helped

“I want to tell them they are not alone.”

Through the training I have gained working with Rainbow Trust and meeting other parents, I want to tell them they are not alone. We are never alone, there are people out there who really do understand what you are going through. Our situations may not be exactly the same, but they are similar enough to know what they are thinking and feeling.

When I get talking to families in hospital waiting rooms, they often ask, ‘how have you got through all this? They want to know there is a light at the end of the tunnel. I can acknowledge that it is hard and it will get even harder but eventually, you will be able to start putting the pieces back together to rebuild the puzzle that was your life.

Talking and listening to other people has helped me bring everything together with regard to Mckenzie and his illness. It’s helped me bring closure to some of the feelings I had as I’ve seen I had a right to feel what I did. It’s also helped me feel like we are not alone and in that, I can be that olive branch for others too. I can be that extra person a mum might need to talk to. I use everything I have learned in my everyday life whether it’s talking to my family, friends or even strangers. Having those skills to listen and not judge, has given me a different perspective on life which has helped me in my own situation and how I understand what I am going through. Everyone needs someone to talk to.

People like Amberley are great advocates for the benefit of talking to others in need. Her compassion and understanding brings a whole new dynamic to the support which parents have found so very helpful. It’s also helped her heal some of her own wounds.