The importance of memory boxes

The importance of memory boxes 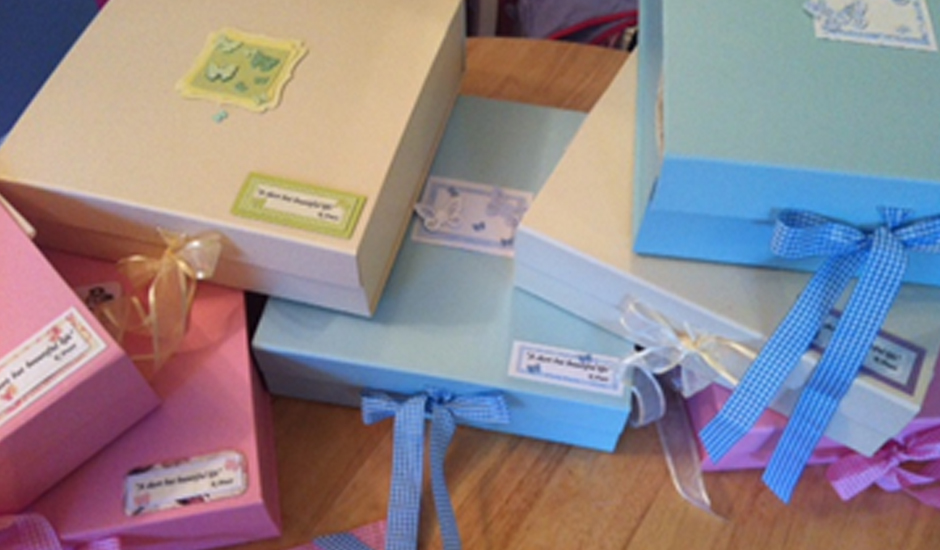 This Children’s Grief Awareness Week we are focusing on what Rainbow Trust Children’s Charity does to support bereaved children.

Last year, 69 children we were supporting died, leaving behind 79 brothers and sisters. Every single bereaved child needs support to help them adjust to life without their sibling.

Mandy, a Family Support Worker from our Surrey care team, explains the importance of creating memory boxes with siblings to help them with their grieving process.

When someone dies, we all worry that we will lose our memories of our loved one – it’s no different for a child. By gathering and saving special memories in a memory box, a child can go back to the box and reconnect with those memories, happy and sad, when they are ready. It changes over time – what might make them happy one day, may make them sad another.

I supported a family with three children and the eldest brother died. I had a good relationship with the siblings and would pick them up from school when their mum and dad were in the hospital with him. They’d talk to me in the car about anything and everything, including their worries. I think children find it easier to speak about things that are bothering them when they are in a car, as they don’t have to make eye contact, and they know they are in a safe enclosed space.

When their son died, I continued to support the family on a regular basis. I was the one professional who remained in their lives after all the other services had pulled out.

I suggested to the parents that it might be a good idea to make memory boxes with each of the children. Since I had been very involved with the family, I wasn’t a stranger coming in offering this magic box – they knew me and I had known their brother. They trusted me.

I asked the children if they’d like to make a memory box and showed them what I was talking about. I took stickers, glue and paper, a keyring teddy bear, along with other meaningful bits and pieces to give them an idea of how to decorate their box and the kinds of things to put in. They decided they each wanted to make a box and we spent a long time putting their boxes together over the next few weeks.

Over time, the children collected toys, photos, wrappers of their brother’s favourite sweets, and some of their own favourite toys to put in their boxes. I explained to them that they could put things in and take them out again – it was theirs and they could do what they wanted to help them remember their brother.

We took great care making these very special boxes, essentially, for their big brother. I’ve never known any child to throw their memory box away.

While we made the boxes, we talked about what he might have liked, and me being able to say his name confidently meant they could too. This continued acknowledgement allowed them to keep his memory alive and it hopefully helped them to move on. All the conversations, verbal or not, while we worked on the boxes allowed them to talk or think about their brother in a safe space. They could open up without having to make eye contact – it’s easier for them to be honest that way. I was with them through their brother’s illness and death, I’d been the constant and they could and can be themselves, happy or sad – they knew I’d understand.

I often think that the time I spent making and filling the boxes with the children was more valuable than just the actual making. Having someone to talk to, to share the memories, is very special. The whole process will be something they cherish for the rest of their lives. Hopefully it will help them move through their grieving process.

I continue to support the family in any way I can.