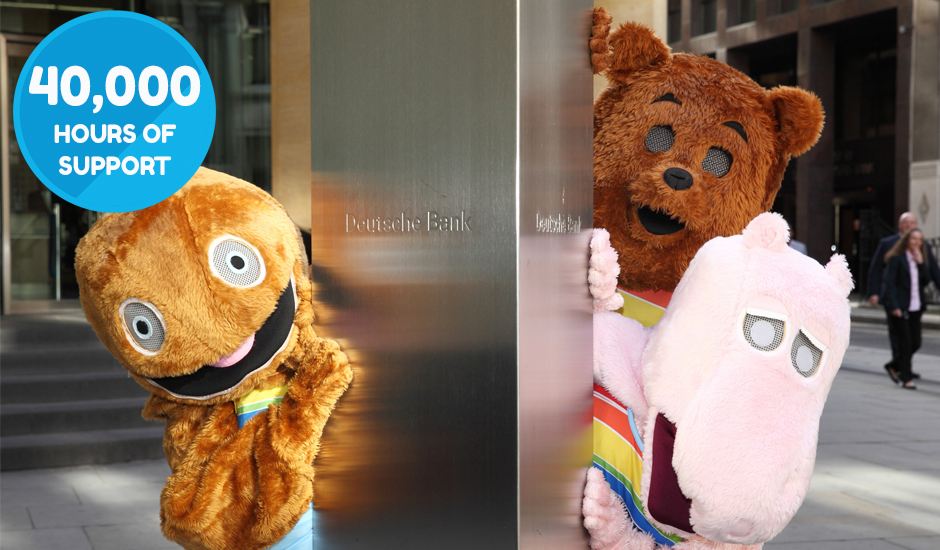 On behalf of everyone at Rainbow Trust, especially the families we support, ‘I would like to extend my heartfelt thanks to every employee at Deutsche Bank who has given time and money this year, helping to raise over £840,000.00, this phenomenal amount of funds means we have been able to provide nearly forty thousand hours of support to families who have a terminally ill child. From diagnosis, through treatment and beyond, with your help we have been able to support 1,660 families in 2014. Thank you just doesn’t seem enough’

Over the past year Deutsche Bank employees have undertaken some incredible achievements including:

Some of the highlights from the past year include:

Rainbow Trust would like to say a huge thank you to all who supported us and helped to make the partnership such an incredible success.