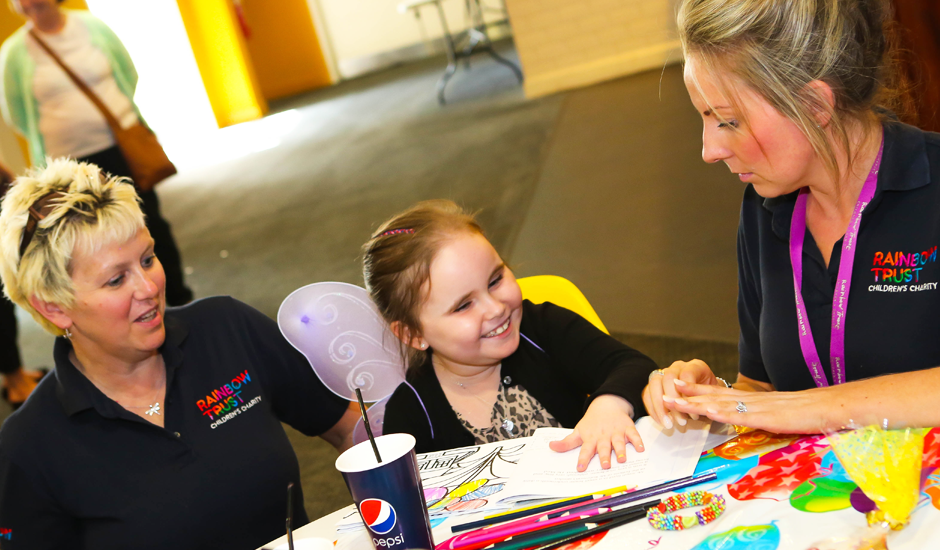 New research out today conducted by Together for Short Lives shows that four out of five local authorities in England are failing to plan and fund care for children with life threatening and terminal illnesses. Rainbow Trust Children’s Trust sees this as deeply unfair as it means children and families, including those we support, can expect very different levels of commissioned care according to their postcode.

Children’s palliative care is the joint responsibility of both local authorities and NHS Clinical Commissioning Groups (CCGs). But nearly half of local authorities have been given a zero or one star rating for children’s palliative care, out of a potential five stars, when rated according to their answers to a set of questions asked by our partner organisation, Together for Short Lives.

CCGs fared better, with 65 per cent receiving a four or five star rating. However too few could identify exactly what they spend because they are not collecting sufficient data. Seven CCGs (four per cent of those who replied) said that they do not fund services provided by charities despite the vital role that they play.

Rainbow Trust Director of Care, Anne Harris, said: ‘This ground-breaking research creates the first ever detailed picture of how well local decision-makers across England are considering the needs of children who face terminal or life threatening illnesses, and their families.

As we have previously suspected, it proves for the first time a wide variation in how well local and regional decision-makers are understanding their needs. Clearly there is a postcode lottery for families as to the health and care services that they can access, depending on which part of the country they happen to live in.

The research also draws attention to other challenges. It reminds us that children’s hospices receive an average of 21 per cent of their costs from the public purse. The situation is worse still for charities like Rainbow Trust that provide social palliative care - the essential support that a family needs, alongside medical care, to face each day as it comes.

Rainbow Trust receives just three per cent of its income from the public purse. This is despite the fact that our services save the health and social care system significant sums of money – for instance, by facilitating early discharge from hospital in the knowledge that support will be available at home. By providing our home-based support, we try to prevent re-admission to hospital, enable siblings to stay in education, parents to stay in employment, and avoid family breakdown during a deeply stressful period. Social palliative care services can also give families a genuine choice about the location and type of care that they receive.

‘We urge health and social care commissioners to take stock of these important new findings and to urgently address gaps in planning and funding. Every family with a terminally ill child must be able to access the services that they need, at a time and place of their choice.’

Freedom of Information requests were sent by Together for Short Lives to all CCGs and local authorities in England to gather information on the type of services being planned and paid for, including end of life care, equipment, short breaks and bereavement care. 88 per cent of CCGs (187) and 93 per cent of local authorities (144) responded.