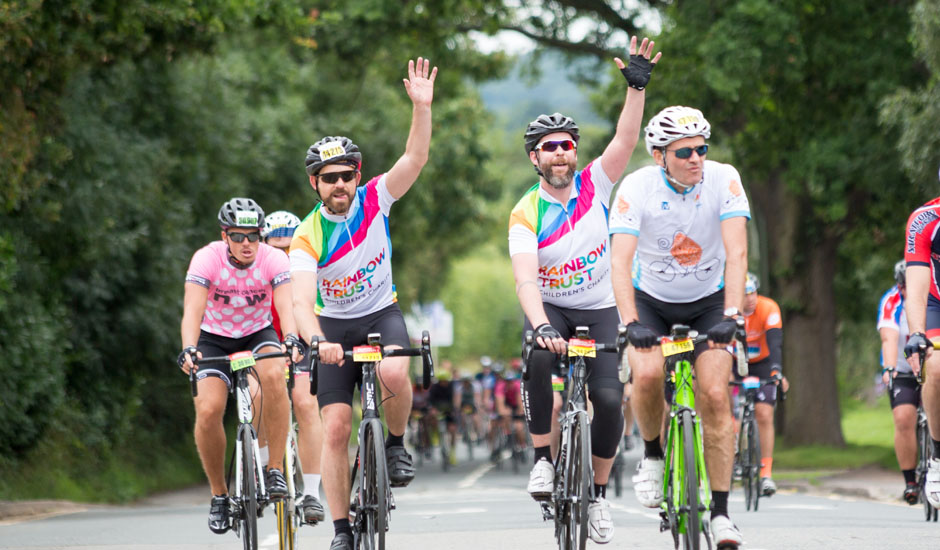 Earlier this year, on 30 July, staff and ‘volun-cheerers’ lined the streets of Leatherhead, Dorking and Surbiton to cheer on our team of fifty-one amazing cyclists as they tackled the 100 mile Prudential Ride London - Surrey.

Making their way through Surrey and London, the team were set to raise much needed funds for Rainbow Trust Children’s Charity. So far, raising an astounding £78,000, smashing previous years.

The challenging cycle saw the team line up at the start in London ready to set off around the Surrey Hills – emphasis on hills! They took on the famous Box Hill, all 7km of the mighty Leith Hill and everything in between, before heading back into London and finishing on The Mall. Some of the riders had been able to make our Ride London training days earlier in the year so they were well prepared!

Despite a few showers, the cyclists powered on through with smiles on their faces which was helped by the various Rainbow Trust cheer squads along the way, with their colourful banners and bright Rainbow hair.

Feeling inspired by our cyclists? Sign up here to be part of our 2018 team.