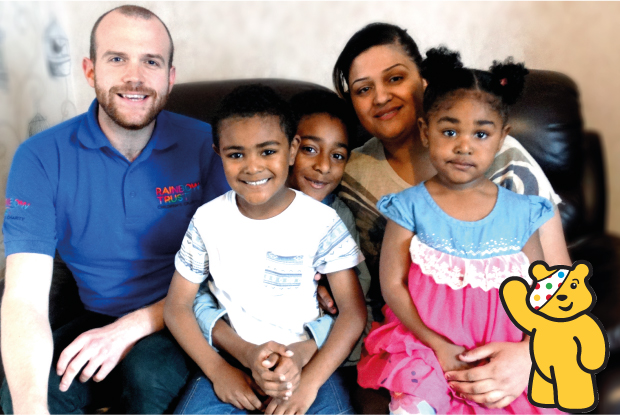 We’re delighted to announce that this year Rainbow Trust will be taking part in the BBC’s Children in Need appeal night on Friday 14 November.

One of our Family Support Workers, Sean Tansey, was filmed by the BBC, and features in a film aired during the evening show. Sean’s role is currently funded by BBC Children in Need, the video showcases the work he is able to do as a result of this. The film follows him as he visits four families that we support in the Manchester area, showing the different ways we help them, including emotional and practical support for the whole family, transportation to and from hospitals and schools, and sibling support.

Sean tells us, “Being a Family Support Worker for Rainbow Trust has given me the chance to make a difference to families’ lives in such difficult situations. Every day is different and you have to be flexible in order to offer tailored support to each family. It’s amazing to witness the courage that these children have.”

Read more about the families involved in the film here and learn more about Sean and why he loves his role as a Family Support Worker.