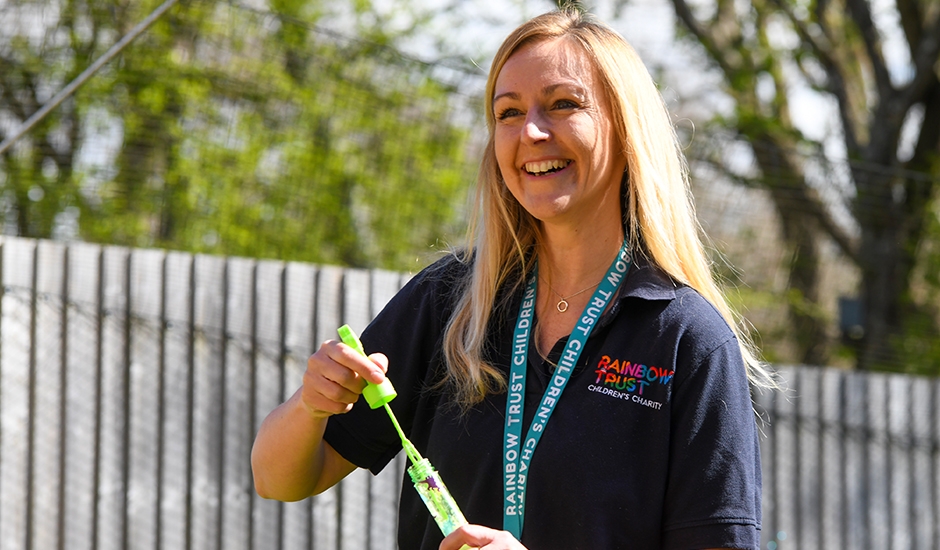 Rainbow Trust Children’s Charity was announced as the 19th best charity to work for in a prestigious list of Charity’s 30 Best Organisations.

The impressive placing was the tenth consecutive year we have been recognised as a Best Companies To Work For organisation. The position is calculated through employee surveys carried out by Best Companies, which is recognised as the standard of excellence in rating and rewarding UK organisations with the most engaged workforces.

We were also placed 76th in the UK’s Best Mid-Sized Companies to Work For and received two-star accreditation for the second year running, which illustrates the charity has “outstanding levels of engagement” among its staff.

“We are immensely proud to publicise Rainbow Trust’s fantastic position in Charity’s 30 Best Organisations. This award would be significant any year, but it is even more poignant in 2021 after an incredibly challenging year due to the pandemic. These awards from Best Companies demonstrate how much Rainbow Trust’s staff have pulled together, shown resilience and continued to care for the vitally important work we do, supporting families with a life-threatened or terminally ill child.

“This award is a wonderful reflection of how engaged our dedicated staff are, and never have they worked harder or with more passion than in the last year to ensure we continued providing our vital support to families when they needed it most.”