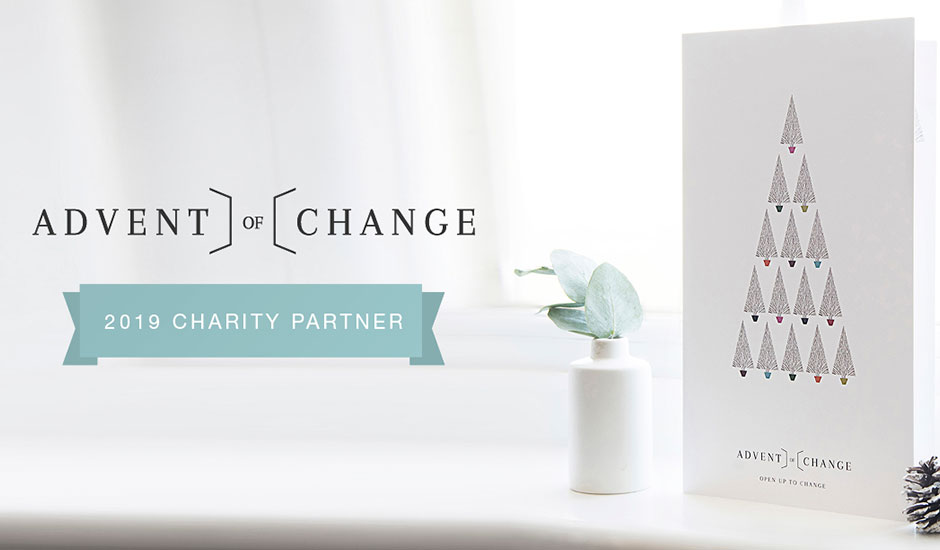 We are delighted to announce that we are part of a unique advent calendar for Christmas 2019, alongside 23 other charities, which will appear in John Lewis & Partners stores across the country.

Last year the celebrity-endorsed social enterprise Advent of Change launched the first-of-its-kind charity advent calendar. By the end of 2018, the movement had raised £100,000 for its 24 chosen charities, and even received an award from the Prime Minister in recognition of outstanding contribution to charitable causes.

This year the calendar is returning, alongside four brand-new products. We are proud to join the Advent of Change movement, as part of their Premium Advent Calendar for 2019.

Each day of this alternative advent calendar represents a £1 donation and describes how that gift could be used, giving the recipient a ‘feel-good feeling’ when seeing exactly how they’ve helped – from clearing plastic from UK shores to offering shelter to a homeless person, and even helping to provide life-changing medicine for a sick child.

Advent of Change started with one person, and a little idea: to take a product built to receive, and reverse its purpose to give instead – an idea that quickly captured the imagination of many others.

“In my role, I get to see some really interesting and exciting new products, but the Advent of Change advent calendar really stood out to me as an incredibly innovative way of giving back during the festive season.”

This year, the Founder, 27-year-old Kristina Salceanu, hopes to more than double the amount raised last year and help a total of 72 charities. She said:

“Advent of Change began with one simple idea: to give the gift of giving at Christmas. And that small idea has captured the imagination of so many people already, and we really do believe that this simple concept has the power to change the world. We’re a non-profit with a mission: to help make the world a more fair, equal and sustainable place.

We aim to create the world’s kindest products, and are delighted to announce more products that will support more charities for 2019. We are extremely proud to be representing Rainbow Trust Children’s Charity with our Premium Advent Calendar.”

Part of Advent of Change’s range of charitable products is a pioneering new Braille version of the Premium Advent Calendar – created in collaboration with the RNIB, who have not only helped to develop the product, but also supplied the Braille itself.

The UK’s first and only Braille advent calendar will span across 24 embossed pages, each featuring raised perforations that detail exactly what the recipient has given.

“Advent of Change is, and always will be, a not-for-profit enterprise designed to encourage people to give a little something back, so it’s important to us that we are always as inclusive as possible. We developed the Braille edition, so that nobody need be excluded from discovering where their donation has gone each day, and knowing the difference they have made.

It quickly came to light that there were no other Braille advent calendars on the market, which was a huge surprise, and made it even more important that we were able to bring this to life for the blind community. Creating a brand-new product is difficult however, and that’s why we’re so grateful to have had the support and expertise of The RNIB – together, I hope we’ve created a product that will make a real positive difference.”

Open up to change this year

The Premium Advert Calendar is available to buy online via the Advent of Change website and John Lewis & Partners, plus John Lewis and Waitrose stores across the country. The calendar costs £29.95, with over 80% of the sale price of this product going directly to charity – £1 going to each charity per calendar.