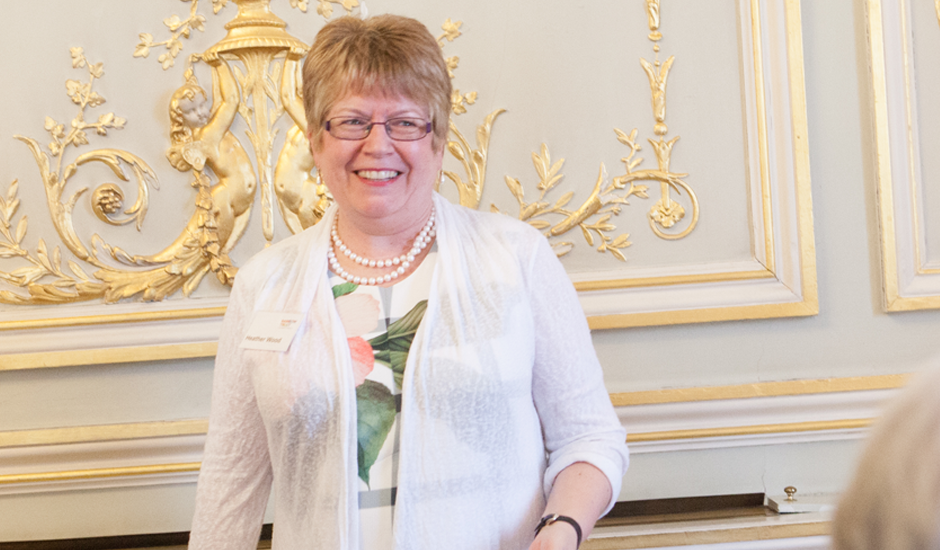 Rainbow Trust Children’s Charity has announced that Chief Executive Heather Wood will retire from her role after 17 years.

Heather has been at the helm of the charity, which supports families who have a child with a life threatening or terminal illness, for 17 successful years and an employee for 28 years.

“My 28 years at Rainbow Trust have been nothing but a privilege. I will look back on my time with warmth and will greatly miss the families and children that we help, the staff and volunteers, and the Trustees. With the charity reaching its 30th anniversary this year, I feel this is the right time for me to retire and pass on the baton to give someone else the opportunity to take Rainbow Trust forward with a fresh perspective. I know that under the guidance of our Chair, Mark Cunningham, and our Board of Trustees, my successor will continue to lead Rainbow Trust from strength to strength.”

Mark Cunningham, Chair of Rainbow Trust Children’s Charity, praised Heather’s commitment to the charity since joining as its second employee in 1988, and her achievements throughout her time as Chief Executive since 1999.

“Heather’s passion, expertise and wealth of knowledge has been instrumental in transforming Rainbow Trust. It is difficult to imagine Rainbow Trust without Heather, whose warmth, courage and tireless energy have driven the charity forward and ensured significant growth during her tenure. She has been inspirational to the staff and Trustees at Rainbow Trust. She will be sorely missed and we wish her every happiness in her retirement. I believe it is also a great opportunity for Rainbow Trust to expand upon the foundations established by Heather and her team over the last three decades.”

Heather will remain in post, ensuring a smooth transition until a successor is found. Rainbow Trust has commenced a search for her successor. For a confidential discussion about the role please contact our executive search partners Perrett Laver on 0207 340 6200 asking for Jill Cloke.