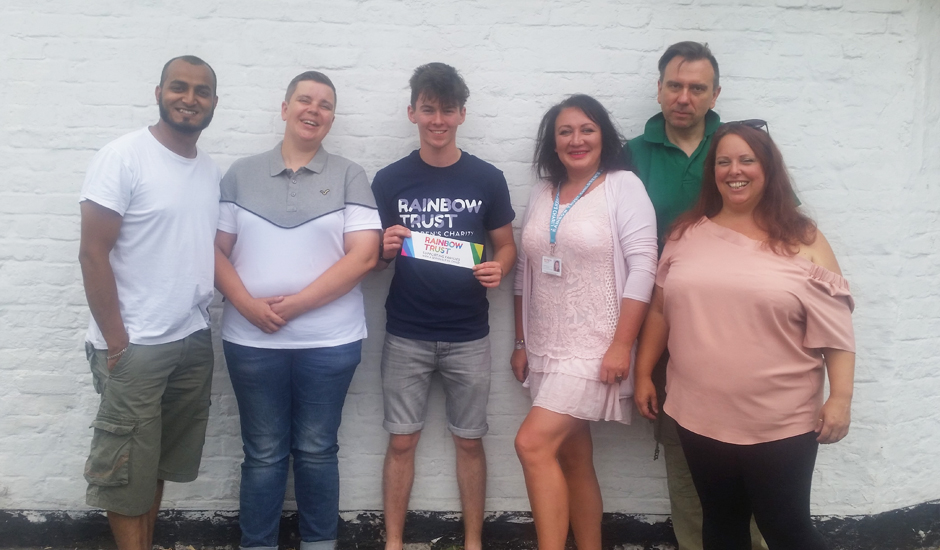 Reece, 17 years-old and originally from Donegal, currently lives in Silverstone village, right next to the world-famous race track. Having raced in carting divisions for three years, Reece made the step-up to car racing in 2017 with great success, moving up from the Mini Challenge UK Championship to the TCR Europe Touring Car Series after his first season.

The young driver became aware of Rainbow Trust after hearing about the charity through word-of-mouth. Their cause felt close to Reece’s heart due to his own family having had experiences similar to that of the families that Rainbow Trust support. After some further research into the charity, Reece decided to start fundraising.

“We liked what we were hearing about Rainbow Trust. There were some really amazing stories and we were happy to help however we could. They are a great charity to support.

“Illnesses in younger children cause huge amounts of stress for families. People may feel quite alone, so when they get the support that Rainbow Trust offers, it can make a world of difference. Rainbow Trust care so much about the families that they support.” Reece said.

Reece and his team held challenge events outside their awning, asking for donations from people to compete and attempt to top a leader board. Rainbow Trust banners were put up at the awning and the charity logo was put on Reece’s car itself, which generated quite a lot of interest.

Reece is now competing in the TCR Europe Touring Car Series, which is held mainly in Central Europe. This season, he has raced and is due to race, at some of the biggest tracks in the world, such as Paul Ricard, Zandvoort, Spa, Hungaroring, Assen, Monza and Barcelona.

The start of the season has been very busy for Reece with the change in division, but he is keen to raise more funds for Rainbow Trust towards the end of the year and going into next season:

“We’re definitely looking to get back into raising more money. We have a few ideas going, what we did last year was pretty successful too. This year there will be a lot more people exposed to the banners just because this competition has a bigger following, so it could be even more successful.”

“We are incredibly grateful that Reece has been able to help us fund our vital support for families with a seriously ill child. All the money raised will help Rainbow Trust to support families to make the most of the precious time they have together.”