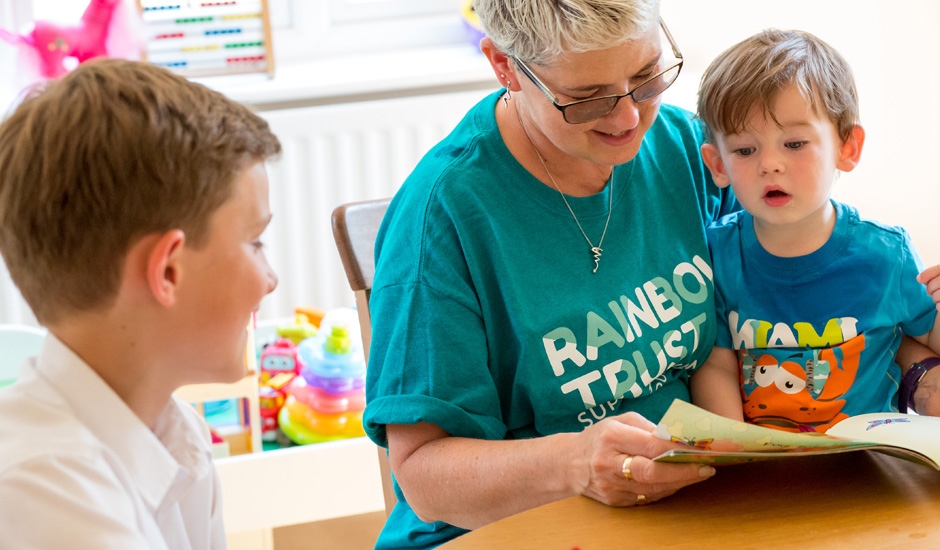 Care Minister Caroline Dinenage MP has formally responded to Rainbow Trust’s open letter on sibling support which was delivered to the Department for Health and Social Care ahead of international sibling day in April.

The open letter had been signed by more than 200 parents, adult siblings and professionals. It called for all brothers and sisters of seriously ill children to be able to access high quality sibling support when required, before their education, mental health and wellbeing are more seriously affected.

In a detailed three page response, the Minister writes, ‘I appreciate your concerns about the level of support available to people with seriously ill siblings, and I would like to thank you and all those who co-signed your letter for highlighting the support they need. I can only imagine how distressing it must be for children and young people under such difficult circumstances.’

The response continues, ‘…. I know that Rainbow Trust works tirelessly to support families affected by the illness of a child, and I would like to thank your volunteers and support workers, who help to make life as manageable as possible for families caring for a seriously ill child.’

The Minister goes on to reference how the needs of siblings are recognised in the 2016 NICE guideline on End of Life Care for Infants, Children and Young People: Planning and Management. She points to the announcement of new NHS England match funded investment in children’s palliative care services as part of the NHS Long Term Plan from which Rainbow Trust could, in theory, benefit. The letter reiterates government policy to identify and support young carers, and mentions measures to help schools support pupils, whether as young carers or as pupils who may be in need of mental health support.

‘We welcome this response from Caroline Dinenage which thanks all those who signed our open letter on sibling support, and which acknowledges the level of distress that the brothers and sisters of seriously ill children can experience.

We value the Minister’s clarification that the new match funding investment from NHS England is open to a range of support services, and not solely children’s hospices. However, it does remain to be seen whether Rainbow Trust will be able to access any of these new funds in reality given the pressures on all types of services.

I’d like to thank everyone who took the time to sign the open letter and share their personal experiences. We will continue to press government on the need to value and fund sibling support far more highly. This is especially important in the face of sustained pressure on local government finances which mean just two local authorities now fund our work, leaving Rainbow Trust to fundraise more than 97% of our income.’

Rainbow Trust’s open letter was addressed both to Care Minister, Caroline Dinenage MP, and to Children and Families Minister, Nadhim Zahawi MP. It was delivered to their Whitehall offices in person by three siblings supported by Rainbow Trust on Tuesday 9 April. Read more here.