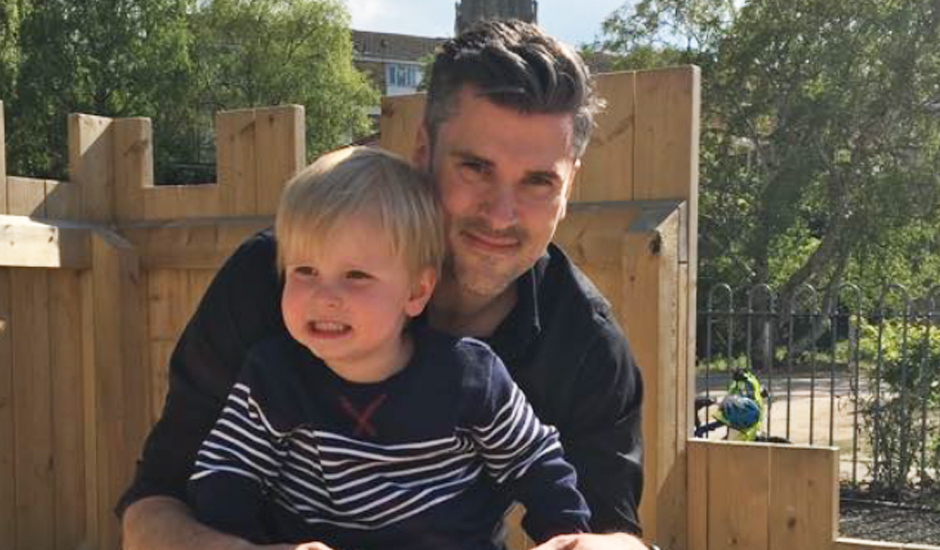 Crawley Down resident, Nick Levett, cycled 100 miles by taking part in RideLondon on Sunday 30 July to raise money for families caring for a child with a life threatening or terminal illness.

Nick, a talent identification manager at the Football Association, completed the race in an impressive five hours. He chose to fundraise for Rainbow Trust as his girlfriend used to volunteer for the charity and, now a father himself, the charity is close to their heart.

Nick said: “The event was such a rewarding and exhilarating experience for me and a great chance to raise money for a charity which continues to make a massive difference to so many lives. I have a son, Cal, who is three years old. Thankfully he is in good health, but the impact he has had on my life has been huge and it’s fair to say you don’t know love like it until you have your own child. It breaks my heart to know other parents and families may be having a difficult time so anything I could do to help them is an easy reason for me.”

Nick was delighted to exceed his initial fundraising target of £1,650, the cost for Rainbow Trust to provide emotional and practical support to a family with a seriously ill child for a year. Nick has raised £2,798 by calling on family, friends, colleagues and his 24,500 social media followers and the total is continuing to rise.

About his training Nick added: “I started cycling a couple of years ago and was looking to have a goal to work towards. Raising money for a charity I felt connected with was a logical pairing! I trained for six months, working with a cycling coach - it was tough at times, dragging myself onto the turbo trainer for an hour was often the last thing I wanted to do after coming home late from work, some nights all I really wanted was pizza and a beer on the sofa!”

“It’s great to see our Rainbow Trust supporters, like Nick, taking on the challenge of RideLondon. We have a care team in Leatherhead which supports local families across the region so the money raised from our RideLondon team will really help us to continue to provide our vital support for families with a seriously ill child.”