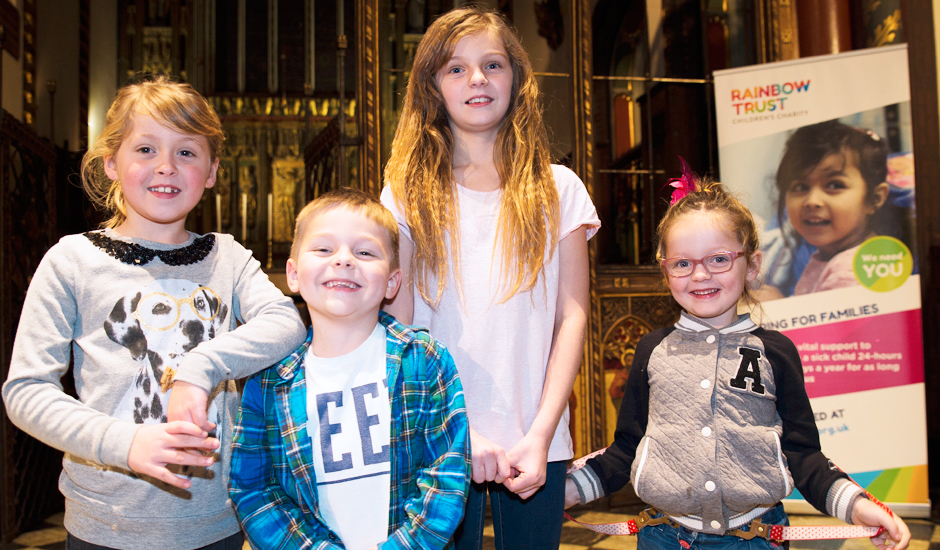 On Thursday 4 December Rainbow Trust celebrated the start of the festive season with their sixth London Carol Concert. Held at the beautiful St. Paul’s Church in Knightsbridge, the concert treated guests to a wonderful mix of musical performances, festive readings and congregational hymns.

The real stars of the show though were the Kemish family from Totton, Southampton. McKenzie Kemish was just two years old when he was diagnosed with cancerous tumours in his neck (Stage 4 Neuroblastoma). He was then diagnosed with a disease that destroys red blood cells and causes kidney failure. He underwent six months of chemotherapy, then surgery, then radiotherapy which involved a general anaesthetic every day for three weeks.

“We needed someone to bring the fun back into our children’s lives as they’d lost it since McKenzie’s illness.” Amberley, McKenzie’s Mum

Dawn visited the family at home and immediately connected with McKenzie and his brothers and sisters. She plays with them, supports them emotionally and gives them the space they need to be children.

Dawn accompanied the family on their first trip to London for the Carol Concert, they did some sight seeing and later joined in the celebration at St. Paul’s, playing a key role. After being introduced by two of his older sisters, McKenzie bravely and confidently read out The Chubby Snowman, and was very excited to be given two rounds of applause from the congregation.

McKenzie has been disease-free for almost two years but sadly, he will never recover and his family takes each day as a blessing. Rainbow Trust was thrilled that the family came to London for the Carol Concert and because of them it was definitely a very special event.