Hanover Dairies to walk 169 miles in aid of Rainbow Trust

Hanover Dairies to walk 169 miles in aid of Rainbow Trust 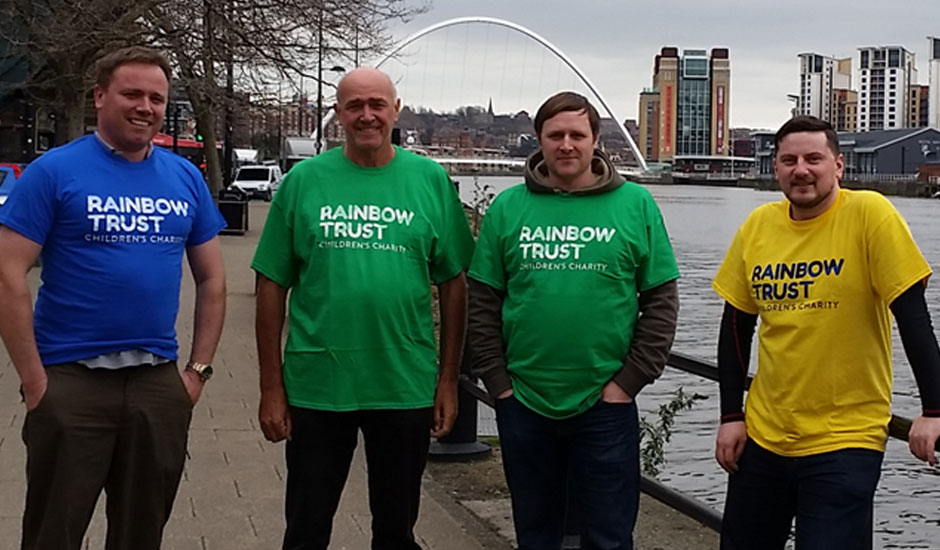 Employees from Hanover Dairies in Blaydon, Tyne and Wear, will re-trace the steps of the company’s owner, Trevor Hanover, and walk 169 miles from Glasgow to Inverness to raise money for Rainbow Trust Children’s Charity on 17 June.

The Hanover Dairies team, Paul Doran, Michael Hanover and Richard Hanover, will trek the Highland Hike from Milngavie on the outskirts of Glasgow to Fort William in the Scottish Highlands followed by the Great Glen Way. The team plan to cover the distance in one week and hope to smash their £20,000 fundraising target for Rainbow Trust, which supports families caring for a child with a life threatening or terminal illness.

Back in 2008, Hanover Dairies’ owner and Rainbow Trust Patron, Trevor Hanover, walked the same route on his first fundraising challenge for the charity. Unfortunately Trevor ended the trek in Inverness Hospital when he had a serious case of trench foot. Although Trevor’s feet have never fully recovered, he will still be taking part in the challenge by riding his bike alongside the rest of the team.

In March this year Trevor was named a ‘Point of Light’ by Prime Minister David Cameron for his tireless fundraising for Rainbow Trust, walking, cycling and even driving a milk float from Land’s End to John O’Groats to raise funds for the charity. For the past three years he has organised a glamorous fundraising ball which last year raised more than £31,000 in a single night.

Since 2008 Hanover Dairies has raised over £180,000 for Rainbow Trust and the team is aiming to raise another £20,000 through their hike so that they can hit an impressive overall fundraising total of £200,000 for the charity.

“I have always been passionate about Rainbow Trust and the work they do to support families in need. I am happy to be supporting the charity again and would like to thank all those who have donated and helped Hanover Dairies raise funds for Rainbow Trust.

It will be a really tough walk for the team this year, I know as I have walked the same route myself and I actually nearly walked my feet off, so I hope people will show their support and sponsor the team once again. ”

“Rainbow Trust is so thankful to Trevor and Hanover Dairies for all its incredible support over the past eight years. We want to thank the company for bravely taking on another challenge to help us support more families with seriously ill children. The Highland Hike team are going back to where our partnership with Trevor began to hit their incredible fundraising target and raise vital awareness for Rainbow Trust along the way.”