Fundraisers in York skydive for charity

Fundraisers in York skydive for charity 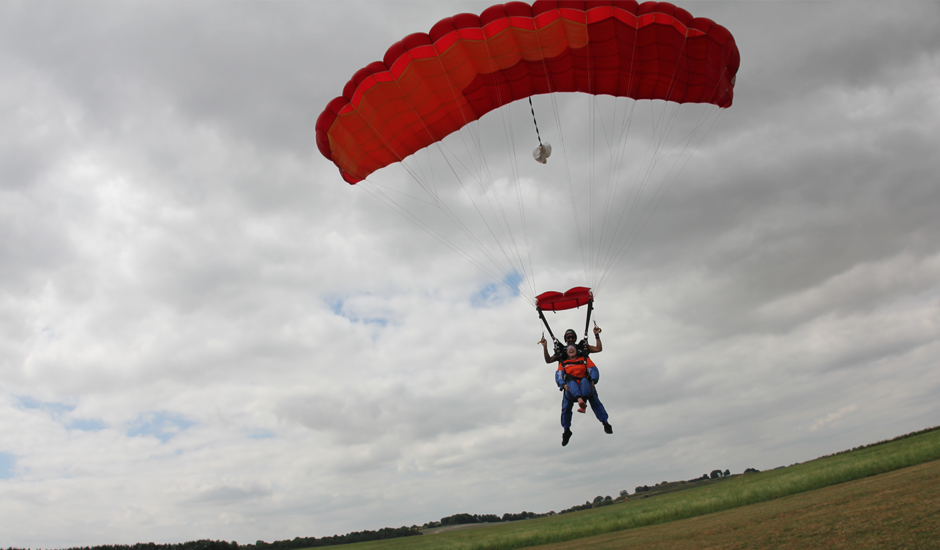 A team of fundraisers in York will be skydiving on Saturday 26 March to raise money for Rainbow Trust Children’s charity.

Daring fundraisers from the Nationwide Building Society’s branch in Parliament Street, York, will be jumping in aid of Rainbow Trust.

The daredevil feat will involve three people from the branch - Sarah Pratt, Richard Foster and Danny Nayman. The team will also be joined by Jessica Aulak, Nationwide’s “Employee of the Year”.

Sarah, who organised the sky dive to be held on 26 March, will be jumping from 10,000 feet with her colleagues. Already, the branch team have raised £1,600 for the charity by a combination of sponsorship, raffles and book sales, enough to fund support for a family for an entire year.

“Rainbow Trust really caught our attention because it does such fantastic work supporting seriously ill children and their families. While it will be quite scary, we’re trying to raise as much money as possible for this great cause, so it will be well worth a leap of faith!”

“It’s really great to see local businesses such as Nationwide Building Society take part in events like this. We want to thank them for choosing to support Rainbow Trust. We have a care team in the North East which supports families across the region so the money raised will really help families with a seriously ill child receive the vital support we provide”.

Anyone who would like to help the team can contribute to Sarah’s fundraising effort at www.justgiving.com/TeamNBSskydive or text RTSD52 to 70070 followed by the donation amount (max £20).