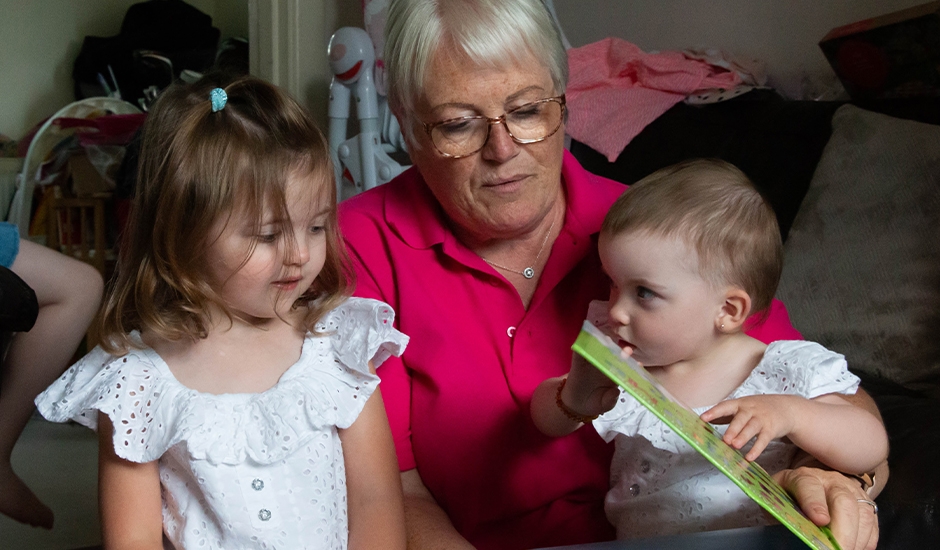 Rachel and Jordan have four children, Sofia is six, Ava is four, and twins Theo and Daisy are two years old and, as with most of the families we support, they have been shielding during the pandemic.

Theo and Daisy were born premature and, unfortunately, early blood tests revealed that both babies have a hereditary retinoblastoma gene which means that they are prone to tumours in their eyes. The only treatment if this cancer develops is removal of the eye so Rachel and Jordan were devastated when they heard the results.

Theo and Daisy are affected in both eyes and had tumours that were treated with cryotherapy (the use of low temperatures that freeze and kill the cancerous cells in the specific area).

This treatment causes the eye and eyelids to swell, it is very uncomfortable and can be very frightening for children. Fortunately, they haven’t needed chemotherapy as well. Theo and Daisy need to have regular check-ups as they are at a high risk of tumours returning and it is vital that the tumours are treated as soon as they appear.

It has been quite a journey for the family. For the first five months of their lives, the twins were 38 miles away in hospital. Neither parent drove at the time so they could only get there by train.

It was a hectic routine. From ensuring their eldest daughter could get to and from nursery each day, to juggling back and forth to the hospital between them with a toddler in tow by train and the underground, then being home again to make dinner and get the two healthy children to bed with as little disruption as possible.

And then, when the twins were discharged, travelling to and from hospital for appointments and tests became more and more difficult as they grew bigger and the juggle of childcare with the other two continued. It was overwhelming.

The family was referred to Rainbow Trust initially for help with transport, which would make things less stressful for them. In fact, it would turn out to be so much more than that.

Rachel and Jordan met Janet, a Rainbow Trust Family Support Worker, and she started taking them to the hospital and often stayed with them all day there, offering any support that the family needed. Going to the hospital for check-ups is very hard for Rachel and Jordan because of the fear of relapses. Theo has been clear since November 2018, but Daisy relapsed after 10 months. Daisy has also been recently diagnosed with cerebral palsy which means she requires even more care.

“It is scary going on my own so having someone to take me there gives us peace of mind – Janet knows the twins and knows us. It helps having her there when we are at our lowest. Just having her there takes so much pressure off us."

Janet also helps with Sofia and Ava, taking them on Rainbow Trust siblings days out - where they meet other children in similar situations and can have some free time, away from all the problems, medical appointments and worries about their ill brother and sister. She also often takes them on the 45 minute round trip to school.

Having Janet and Rainbow Trust’s support makes a real difference to the family. Rachel added:

“Without Janet life would have been very very tough. I would have had to deal with getting to London on my own – even just thinking about how I was going to take them up was so stressful. We found it so difficult those first months so when Janet started supporting, it helped the stress and made life so much easier. Janet took the pressure off”.

Rachel and Jordan do whatever they need to do to avoid additional risk and ensure that the twins get the treatment they need. Rachel says:

“I couldn’t bear for either of them to lose an eye – I was bullied so much at school for being different and having a prosthetic eye and I couldn’t let that happen to them. Janet is an amazing Family Support Worker - she deserves an award for all the work she does with us and other families. Janet is like the positive part of it all for us. We tend to think about the negative, so it is good to have her there to help us see a little positive in it”.

To read the latest edition of our magazine in full, please visit our publications page.