Cumbrian family raises £50,000 in memory of their daughter

Cumbrian family raises £50,000 in memory of their daughter 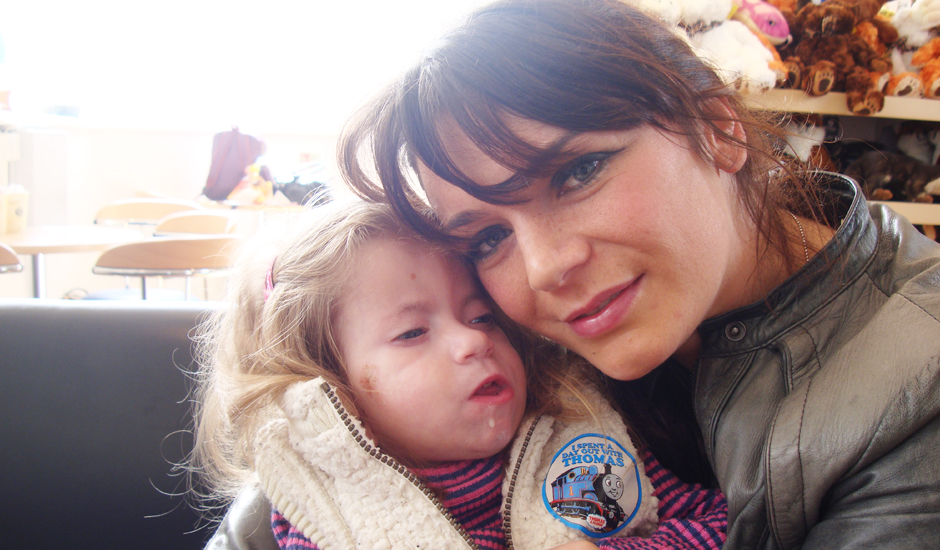 The mother of a little girl, who passed away six years ago of a rare genetic disorder, has so far raised £50,000 for Rainbow Trust.

Kelly Holliday and her husband Phil, from Workington, began fundraising after their four-year-old daughter Isla died of a rare genetic disease in November 2012.

Now, Kelly, who turns 40 next year, plans to mark her milestone birthday by raising more money for Rainbow Trust, which was such a great support to her whole family.

“During Isla’s life we received huge support from our Rainbow Trust Family Support Worker, Marlene, and we wanted to raise funds to enable them to continue their amazing work supporting families.”

Little Isla was just two months old when she was diagnosed with Schinzel-Giedion Syndrome, a genetic disorder with characteristic facial features and skeletal abnormalities.

Her parents, Kelly and Phil, were told she would probably only survive until her second birthday but living until four years old made her one of the longest surviving children with the disorder at the time.

“We were blessed that Isla shared our lives for as long as she did. She was such a massive part of our lives, but when she was born there was limited support available locally. When Rainbow Trust made contact it enabled us to always know that their help and support was on hand whenever we needed it.

“We live in such a rural place we had to fight for everything and there was no one else in my situation. Our Rainbow Trust Family Support Worker Marlene was more like a friend I got really close to and could talk to about anything.

“She had been in that situation with other families so for me that was great support. The disease is so rare I didn’t know where to start and Rainbow Trust helped with all that which was a great comfort.”

“Marlene was so lovely with Isla as well. She would hold Isla while I was there doing bits and bobs and she was someone we all trusted. It’s such a fantastic charity.” Kelly said.

After Isla passed away, the couple, who have two sons, Isaac aged nine and Gabriel, three, set up Isla’s Fund, a year-long appeal to raise money in Isla’s memory. They raised a staggering £100,000 and split it between Rainbow Trust and the children’s ward at West Cumberland Hospital in Whitehaven.

Crucially, setting up Isla’s Fund helped the family come to terms with what had happened.

“When Isla died, I wanted to do something for the next 12 months to get me though the year,” Kelly said.

“Isla had been attached to my hip for four and a half years, she had medication five times a day and when she passed away I didn’t know what to do with myself. When she passed I needed something to help me and others who had helped Isla and it brought us together as a family.”

The whole family have got involved with the fundraising and have skydived, run marathons, held golf days and balls in memory of Isla and they hold regular bucket collections at various events to raise awareness.

Isla and Rainbow Trust remian very much part of their family life.

“Isaac was only three when Isla passed away but he talks about her all the time,” Kelly said.

“When we asked him what he wanted for his birthday recently he said ‘I just want my sister back.’”

Isla would have been 10 in April and each year on her birthday the family have a get togther and mark the anniversary of her death.

That Rainbow Trust still remains very much part of their lives is testament to the support the Hollidays received.

“I wanted to give something back to Rainbow Trust because I know how important it is to families like myself,” Kelly said.

“If others can get out of it as much as I did it will really help them. Rainbow Trust is worth all the money in the world and that’s why we support it. It is something very close to our hearts and we will always do things for them.”

If you think you might need support or want to find out more, contact our North West Care Team at their office in Lancaster on 01372 220 095.