Family from South Shields talk about why every hour is important

Family from South Shields talk about why every hour is important 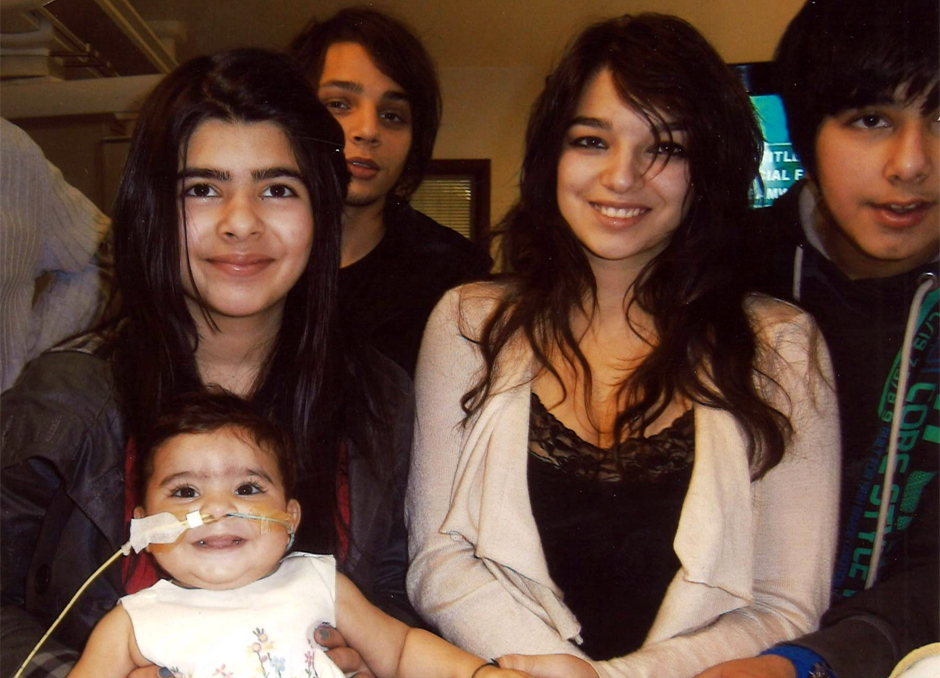 Llana Qazi from South Shields was four months old when her mother noticed she wasn’t feeding properly, was always hungry and slept a lot. Tests confirmed that Llana had an irregular heart rhythm and after being taken to the Freeman Hospital, she was diagnosed with a heart muscle disease and given a survival rate of just 10%.

Rainbow Trust Children’s Charity is using the extra hour given to us when the clocks go back on October 26th to remind people of the importance of an hour of family life and encourage others to use that time wisely. Llana’s parents, Mohammed and Shazia Qazi, explain why time is so important to them.

When Llana taken to hospital, she was monitored by doctors but after a fortnight she deteriorated and specialists moved her onto an artificial heart which helps pump blood around the body. She stayed on this for more than seven months while waiting for a suitable transplant, which was finally found 11 weeks after her body began to reject the artificial Heart.

After 11 hours, the operation seemed to have been a success. Doctors told Shazia to go home for the night as she’d been away from home for three months. But two hours later Llana took a turn for the worse, “When they rang, they said her heart had stopped and her body had shut down. I still get shaky thinking about it” Shazia says.

After a two hour wait, doctors told them that Llana’s heart had stopped for 67 minutes and machines were keeping her alive. Shazia and Mohammed went in to see Llana where they were told “to decide when to switch the machine off.”

But as doctors began switching the machines off, her heart started pumping. Shazia recalls “All the doctors and nurses were dancing, it was a miracle…I remember thinking this can’t be happening. She was back after being so poorly for so long.”

Support for the Qazi family

Shazia had seen Rainbow Trust leaflets at the hospital but always thought other people’s needs were greater than her own. Everyone told her to contact them and she has never looked back since.

Shazia had hardly left Llana’s side throughout her time in hospital. Her whole world was put on hold and Rainbow Trust’s Family Support Worker Leanne supported her by giving her the time to regain a little bit of her old self and start living her life again. “Everything had been about Llana, from the minute I woke up to the time I went to bed” Sahazia explains.

After spending a couple of months at Freeman’s and Newcastle’s Royal Victoria Infirmary, Llana was allowed home. Shazia assumed that it meant she would be house bound until Llana went to school but Leanne was there to help. “When Leanne came in, I never even thought that I could go back to work or have a couple of hours to myself.” Leanne comes over and plays with Llana to allow Shazia the time to visit friends, do the shopping and rebuild her confidence. Shazia trusts Leanne implicitly knowing Llana is in safe hands so could relax and slowly resume her old life.

Llana is living at home in South Shields with her parents and five siblings and celebrated her third birthday in May 2014. She is now two years post-transplant but recently had a severe heart rejection and was put in the Paediatric Intensive Care Unit. She is back on all medications but thankfully has recovered and is doing very well.

Shazia proudly tells everyone at Freeman’s about her experiences with Rainbow Trust and encourages everyone to use their service.

The charity is encouraging people to take part by using that extra hour gained to make a difference by baking various tasty and creative treats for a tea time from 20-26 October in order to help raise vital funds for those in need. Currently, Rainbow Trust supports over 1,600 of these families each year.

For further details on how to register for ‘The Big Hour Tea Time’, visit www.thebighour.org.uk